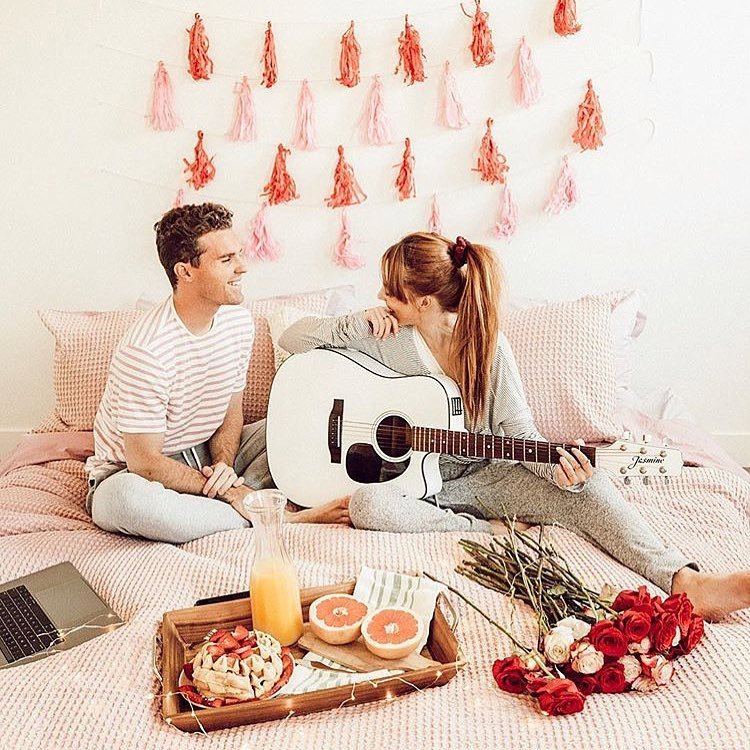 I’ve always been fascinated by the endless amount of tragic tales of couples in love. All of the tales below are popular ones passed on throughout the decades. You might not be as familiar with some as you are with others, but they are still interesting nonetheless. Here are 7 tragic famous love stories for you to read about.

The story of this couple takes place during medieval times, when King Arthur ruled. Isolde’s father was the king of Ireland and he had promised her hand in marriage to King Mark of Cornwall. Tristan is the nephew of King Mark and was sent to escort Isolde to Cornwall. Tristan and Isolde fell in love during the trip to Cornwall, but Isolde still had to marry King Mark. She continued to have a love affair with Tristan after the marriage. Of course, King Mark eventually found out about the affair and banned Tristan from Cornwall. Tristan left Cornwall and went to Brittany, where he met Iseult. He married Iseult because her name reminded him if Isolde, but wasn’t able to consummate the marriage because his love for Isolde was so strong. When Tristan fell ill, he thought Isolde could cure him and he sent for her. The ship that was to return with Isolde’s answer was to raise white sails if she’d agreed to come to Tristan’s aid or black sails if she’d decided she wouldn't come. Iseult saw the boat first and told Tristan the sails were black, even though they were white. Tristan died of a broken heart.

Pyramus and Thisbe were childhood friends who eventually fell in love as they grew older. The parents of neither Pyramus nor Thisbe wanted the couple to marry. The love-struck couple made arrangements to meet beneath the mulberry tree one night and then run away to get married without their parents knowing. Thisbe was the first one to the tree and was frightened by a lion that came walking by. The blood on his jaws is what frightened her, so Thisbe hid behind some rocks. As she ran to hide, she dropped her veil and the lion picked it up. Right as the lion had the veil in his bloody mouth; Pyramus was approaching the mulberry tree. He thought the lion had eaten Thisbe and was devastated. Thisbe doesn’t see Pyramus pierce his chest with his sword, out of grief. When she thinks the lion has finally gone, she emerges from behind the rocks to find Pyramus dead by his own sword. She then picks up his sword and pierces her own heart.

Sir Lancelot was a knight who fell in love with King Arthur’s wife; Guinevere. Queen Guinevere tried to distance herself from Lancelot, but eventually gave into her desire to be with him. One night when the lovers were together, the king’s nephew was joined by Sir Agravain and 12 other nights. The troupe of 14 burst into the room where the lovers were. Sir Lancelot was able to escape, but the queen was sentenced to being burned to death. She was saved from death by fire, thanks to Lancelot, but the couple still didn’t remain lovers even though they still loved one another. Guinevere blamed the destruction of the Round Table on the affair between herself and Lancelot, so she became a nun. Lancelot later joined a hermitage and eventually became a priest.

Peter Abelard and Heloise expressed their love for one another through letters, after it was apparent they couldn’t be together. Abelard did start off trying to get to know Heloise better after he’d persuaded Heloise’s uncle to let him move into the house with them. He was 20 years older than Heloise, but being this didn’t matter since Abelard was Heloise’s teacher. However, when the uncle found out about Heloise and Abelard being in love, he forced Abelard to leave. It turns out that Heloise was also pregnant with Abelard’s child. She went to stay with Abelard’s sister and gave birth to Astrolabe there, in order to be away from her furious uncle. Heloise and Abelard secretly married and Heloise became a nun. The uncle and a few other kinsmen of Heloise thought that Abelard had forced Heloise to become a nun, so they crept into his room one night and cut off his privates. Despite this at of mutilation, Abelard and Heloise continued to write to one another and be supportive and loving of one another through their writings only.

Eurydice was a lovely nymph whom Orpheus became enamored with. They both fell in love and were happy until Aristaeus decided to pursue Eurydice. She tried to outrun him and ended up in a nest of snakes. The snakes bit Eurydice’s legs until she was mortally wounded. Upon her death, Orpheus sang such a sad song that all the gods and nymphs cried. They were so moved by the sad song and Orpheus’ mournful voice that they convinced him to go to the underworld to get Eurydice back. Hades and Persephone were touched by the performance and told Orpheus that he could take Eurydice back to Earth. However, there was one condition that had to be met in order for this to happen. The condition was this: Orpheus had to walk in front of Eurydice and not look at her until they both reached Earth. As soon as Orpheus had made it to the upper world, he hastily turned to make sure that Eurydice had also made it safely. She had not yet made it to the upper world yet and vanished as soon as Orpheus looked at her.

Cleopatra and Antony were prominent figures in Egypt, both being very powerful. They fell in love at first sight and had an amazing love affair. The Romans were furious because this love affair caused Egypt to be in a powerful position and the Romans were tired of the Egyptian’s ever-increasing force. There were many threats made to try to dissuade the couple from marrying, but it was to no avail. During a battle with the Romans, Antony received news that Cleopatra was dead. She wasn’t really dead, but Antony didn’t know this. He fell on his sword out of despair. Cleopatra couldn’t stand the thought of being without Antony and she took her life after she found out about Antony’s death.

Just about everyone, no matter what age, knows the basic idea behind the story of Romeo and Juliet. They were two teenagers who fell in love when they first met. Their families were constantly feuding, which didn’t make their love for one another easy to display. But, they do secretly get married. There is a lengthy story that unfolds between Romeo and Juliet’s first meeting and their tragic demise. In short, Juliet takes a potion to make herself appear dead so she doesn’t have to marry Paris. Romeo gets word that his wife is dead and seeks a poisonous potion for himself. He goes to the tomb where Juliet is buried, kisses his wife, and drinks the poison. Juliet awakens from her false death to find her husband dead. She then kisses his lips one last time and stabs herself in the heart with Romeo’s dagger.

Most of these short summaries don’t do the entire story justice. If you liked the short version of any of these 7 tragic famous love stories, then you should check out the original story. They are very interesting! What is the best story you’ve heard, regarding tragic love?