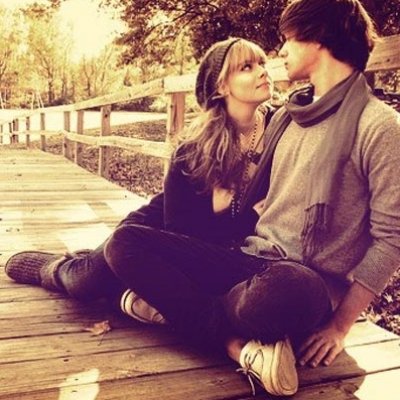 Mel was on speakerphone, so I could still hear her voice pop out of my cell while Candy Crush filled my screen. That stupid game always calmed me down. It wasn't complicated. It wasn't confusing. It was just plain relaxing.

"So he's mad at you for what, exactly?" Mel asked, her words clipped. She had been telling me to break up with Jimmy for weeks now. Whenever I had a tiny complaint about him, her solution was to dump him.

Of course, that wasn't happening. He was my first real boyfriend. The love of my life. Besides, all of the things she considered "red flags" were normal behaviors, as far as I was concerned.

"I was telling him about my hair appointment and he wasn't having it," I said absentmindedly, my fingers moving across the screen.

"It's not that. It's like... Like, remember when he got pissed at me for spending so much money on makeup?"

She made a grunt that meant "yes."

"Well, it's like that," I continued. "He thinks I'm trying to look good for other guys and it makes him self-conscious, I guess. I don't know. He's so insecure. And he has such a bad temper. You know that."

Silence. Then a long sigh that seemed never-ending. "You have to be careful with a guy like that," she said.

"He's just worried about losing me. It's because he likes me," I said, and I believed it. I'd rather have a boyfriend who was way too attached than a boyfriend who refused to return my texts, like the last guy I had a crush on.

"No," she said, drawing out the word like she was speaking to a toddler getting too close to the stove. "It's because he's a controlling, manipulative creep. Right now, he's trying to control the way you do your hair and makeup. Soon, he'll be telling you not to hang out with me, because it's wasting time he could be spending with you. And then, one day, you'll tell him he's being unreasonable and he'll beat the crap out of you."

Mel could be so dramatic. So petty. So jealous.

I clicked my phone's "home" button, opened my phone app, and hung up on her.

I had planned on visiting Mel later on in the day, but after she had went off about Jimmy, I was dying to see him. Call it teenage rebellion.

I'd only arrived a good ten minutes ago, but Jimmy's lips were already skating over my neck, down toward my collarbone. In between kisses, he said, "I don't get why you hang out with her. What did you two even argue about?"

"Nothing worth explaining," I said, not wanting my boyfriend to hate my best friend as much as she hated him. "She's just being ridiculous."

I scooted away from him to remove my jacket. When I slid my sleeves down my arm and draped the coat across his bed, he looked me up and down.

Then he asked, "Did you wear that to class today?"

"Yeah, why? Is it stained or something? I think I dropped some chocolate on it during lunch."

He blinked, lips pursed. "It's a little inappropriate. I mean, you didn't even think you were going to see me today and you wore something like that?"

I glanced in the mirror opposite the bed. Plain black yoga pants and a navy tank top. Nothing crazy. I didn't even have any cleavage or a thong showing.

"I mean, I didn't talk to any guys today," I said, feeling silly for needing to defend myself. Even if I did talk to a boy, even if a boy complimented me or checked me out, it didn't mean I was a bad girlfriend.

He had his arms crossed, unimpressed. "Well, you were going to see Mel today."

My pupils doubled in size. "I'm not her type," I said. "And even if I was, what do you think she'd do? Grab me against my will?"

"He's like fifteen. And I grew up with him. He's basically my brother, too. I wouldn't hook up with him. God, do you think I'd cheat with anybody?"

His eyes rolled, but he softened his voice. "Don't freak out. I'm not trying to be rude. I just don't want to lose you."

** That's the whole story. Hope you enjoyed it! And remember, you shouldn't let a man emotionally abuse you. You deserve better!**