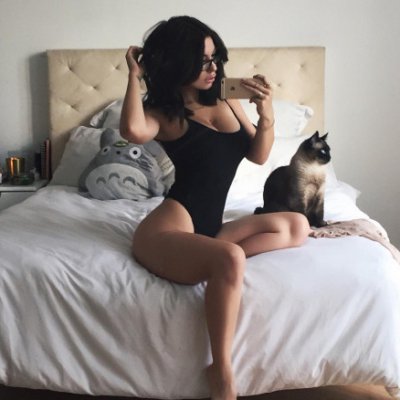 "You looked adorable today, you know that?" Scott said, via text. I could picture him sitting on his bed as we talked, his earbuds shielded by his shaggy chestnut hair.

After letting out an embarrassing little squeal, I typed back, "Don't lie to me. My hair was a mess. Complete fail."

"Didn't look that way to me, but maybe that's because I'm blinded by how much I like you."

We'd been flirting like that, back and fourth, for weeks now. I kept waiting for him to make a move. I just thought he'd do something more traditional, like ask me out to the movies and kiss me on my doorstep after the night was done.

Instead, he said, "Why don't you send me a pic to prove it?"

I must've read that text fifty times. He didn't mean what I thought he meant, did he? Was he really one of those sex-crazed guys that pretended to be interested in a girl, even though he only wanted her for her body?

No. No way. We'd been friends for over a year. He wouldn't screw me over like that.

That's why I tried to maintain my flirty attitude by sending him a selfie, fully clothed, with my tongue sticking out the side of my lipsticked mouth.

He replied with a picture of his own, except it didn't have a touch of humor like mine did. No, he was just sprawled out on his bed, propped up against his pillow, without a shirt on. I couldn't see below the waist, but judging by his v-line abs, I had a feeling his pants were off, too.

"Like what you see?" he asked, accenting the first sentence with a kissy emoji. "Now it's your turn."

I stared at my phone, resisting the urge to hurl it at my wall. Did he honestly want me to take my shirt off for him? Sure, he looked sexy. And yes, I wanted to date him, wanted his approval, but...

I must've taken too long to reply to him, because he eventually wrote back, "Are you seriously mad? I'm saying I like your body. It's a compliment."

"Is it?" I typed, after taking several deep breaths to keep from cursing him out. "Because it actually feels pretty insulting."

"I don't see why. I thought you girls liked taking sexy selfies. I mean, Chrissy does it, so I figured the rest of her friends would, too."

The fact that he brought up my best friend's name made me cringe. He knew damn well that Chrissy was dubbed the school slut. All because her boyfriend of two years sent her private photos to everyone on his contact list. Even shared them on Facebook. Just because she broke up with him. The bastard.

Chrissy wasn't promiscuous. Never kissed anyone but her boyfriend. Of course, after seeing the pictures, the whole school decided that she was a dirty slut ridden with STDs.

Another text came in: "I'm sorry, but it's not my fault you're so gorgeous. You can't blame me."

I wasn't in the mood for flirting. "We're not even dating," I typed back, not that it would make a difference if we were. I didn't judge girls who sent nudes, but I didn't have the desire to join in on the fun.

"Who even dates anymore?" he replied. "Wouldn't you rather keep your options open? Have fun?"

I felt like the contents of my stomach were going to spurt from my mouth, and I wished I could do the same with my brain. That I could empty it of all of the memories I'd made with Scott over the last few months, because they clearly meant nothing--or, at least, they didn't mean what I thought they'd meant.

I cried into my pillow that night, but I actually woke up in a good mood. Turned out that, in the end, rejecting him felt a million times better than his compliments over my nudes would've been.