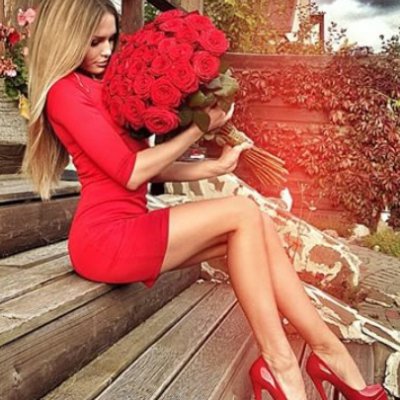 It's almost midnight on February 14, 2012. You know what that means? Well, it ** should ** mean that Derek just left. That we stuffed ourselves with cheesecake and exchanged gifts and gave each other oral.

But is that what it ** actually ** means? Hell no. He fricken broke up with me. On Valentine's Day. After I gave him the personalized watch I wasted a hundred bucks on.

He told me he didn't think it was fair to keep "stringing me along" when he's been getting so close to Candace. Candace! My best friend. The girl who pushed me to ask him out in the first place.

Assholes. Both of them.

I'm done with relationships. I know I sound like a little kid, a whiny brat, but I'm serious. He's the only guy I've ever been with. I feel like we've dated for a lifetime. I thought we were going to ** last ** a lifetime.

How am I supposed to trust anyone when the love of my life left me for my best friend? When he might've even been cheating on me with her?

My parents and everyone keep saying, "You'll be happier without him" and "It gets better," but I don't buy it. No. It won't get better.

Not for me. That's just not the way it works."

"Miranda, what's taking you so long?" Jared asked from the next room over.

The sound of his voice made me snap my diary shut. I'd only written the words five years earlier, back when I was a freshman in college, but it felt like fifteen years. Twenty-five, even.

"Sorry," I said, loud enough for him to hear. "I got a little distracted."

I tossed the diary under my bed, where it had been collecting dust for months. After I'd met Jared, I'd stopped writing in it. Instead, I put all my memories in a little couple's scrapbook he had bought me during our first Valentine's Day together.

When I stood, I smoothed down my violet gown and then twisted at my stud earrings. When I pulled my hand away, I couldn't stop staring at my ring finger, which wouldn't be bare for long.

Jared had asked me to wear my favorite dress, told me we were going to stop at the local burger joint (where we'd gone on our first date), and had been sweating all morning. I'd even found a little white ring box that was, ironically, from Jared's Jewelers.

It was finally time for him to propose.

But my last few years of happiness hadn't caused me to forget about my experience with Derek. He was my first and only boyfriend before Jared. He had broken my heart. Had pushed me to start sleeping around. To make grown men cry as much as I had cried.

But then I had gone to a music festival in New Jersey for the sole purpose of seeing My Chemical Romance perform live. I wanted to hear their angsty lyrics, get drunk, and sleep with a few more strangers.

But then a crowd surfer had fallen on me during "Teenagers," knocking my sunglasses off of my head and giving me a massive bruise across my forehead. Jared had been standing next to me when it happened, and he took the opportunity to pull me out of the crowd to make sure I hadn't gotten a concussion.

I'd been drunk, so he refused to sleep with me that night, even though I'd thrown myself at him. Instead, we stayed up all night and yammered on about our favorite music, and our college majors, and our horrible exes.

From then until now, he'd never flirted with another woman in front of me. Never said anything too nasty during our fights. Never made me feel ugly or inferior.

That's why, when he walked in with a pocket bulge in the shape of a ring box, I already knew what my answer would be.

"Are you ready, baby?" he asked, placing a kiss on my head. "Do you want to leave now?"

** I hope you enjoyed the story! And remember, you shouldn't be upset if a guy screws you over, because there are better men out there! **