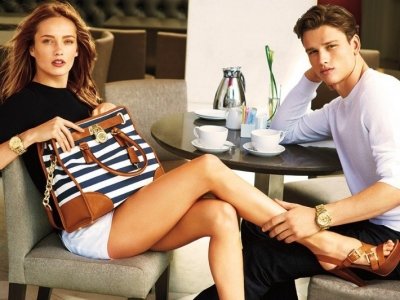 By learning the ways to remain your own person in a relationship, you discover that it's alright to continue participating in your hobbies and interests. These are your simple pleasures, and you shouldn't stop enjoying them just because you have a boyfriend. If he's interested, you could include him. If he isn't, don't deny yourself that origami owl collection. It's adorable and complements your ducks and rabbits well.

2. A Night with Your Girls

Do you remember those awesome people you used to hang out with? Yes, those people. They are your friends. Although it's likely that your time with your girls is reduced a little when your relationship takes that turn toward serious, it doesn't mean you should shut them out completely. After all, he likes to spend time with his friends, too. Why shouldn't you?

3. Maintain Your Own Schedule

Unless you both work the exact same hours, your schedules will vary. There's an underlying notion of control, when a boyfriend insists that you alter your schedule to meet his. Explain to him that you're comfortable with your current schedule, and you don't intend to change it. If his inner psycho surfaces, send him screaming home to his mama. I hear mace is quite effective.

A clear indication of losing yourself in a relationship is that point where you find yourself wearing what he likes only. You start watching his preferred TV-shows more often than your own. When this happens, it is time to ask yourself that critical question, "You're not serious, are you?" Take the remote and turn that TV back to Marriage Boot Camp. And wear your Converse with that dress, even if he doesn't like it. If he argues, say the four words that incite fear in men everywhere, "Men's Santa Claus thong."

No, matter how much you like him, don't put your beliefs on a back burner for him. A clear indicator as to whether or not he's the right guy for you is his reaction to where you stand on concepts such as marriage equality, women's rights, and Star Wars or Star Trek. I don't know about you, but I'm a feminist, Star Wars nerd, and I do believe everyone has the right to marry whoever they want. Unless they're underage, related, or their cat; there's a fine line.

The single worst thing you can do to yourself, when you're in a relationship, is to never have any time to yourself. I understand that you love him, and he looks really cute in those plaid boxers, but seriously! Sometimes, you need to sit around in your pajamas with the avocado mask on and the deep conditioning treatment in your hair without his Medusa jokes.

Have you ever been in a relationship where no matter what you said, you're wrong? I get that some guys are better at Trivial Pursuit than I am, and some may know more about science than me. But when I'm right, well, I'm right. The best way, I have learned, to correct a Mr. Know It All without an argument is Google.

By initiating these concepts, you can maintain a healthy balance between your relationship and you as a person. They prevent you from getting swept up in the common misconception that you and your loved one must become one. What are some things you have done to declare your independence in a relationship?