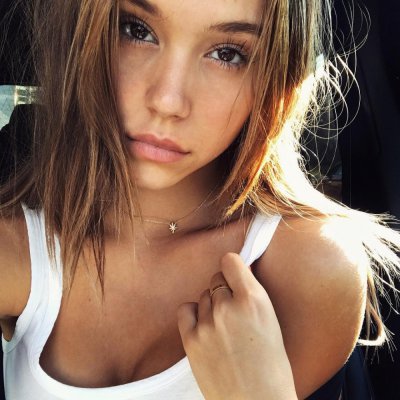 If you don't have any incentive to stop your bad habit, you have one now. If you continue it, then you could end up inadvertently destroying your love life. How? Well, men won't be happy if you have any of these bad habits:

Most people aren't fans of smelling smoke. It's even worse when they have to taste it on their lips when they kiss you.

It's okay to have a few beers every once in a while. But if your drinking gets out of hand, and you always look sloppy, your man won't want to stick around.

If you never take responsibility for your actions, others will consider you immature. You need to own up to your mistakes if you want to sustain a healthy relationship.

We all have things we dislike about ourselves. However, if you have super low self-esteem, it could ruin your love life. Your low confidence will stop you from going after the guy you want.

Men don't want to hear constant complaints while you're out at dinner. They prefer positivity, so try not to be too much of a downer.

6. Too Obsessed with Electronics

If you pay more attention to your phone than to your boyfriend, he isn't going to be happy. You should live in the moment and listen to him when he's speaking, instead of neglecting him to stare at a screen.

Fast food is convenient, but it's incredibly unhealthy. Learn to make a few simple meals, so that your man isn't always stuck going to Taco Bell with you.

8. Spending Too Much Money

When you marry someone, you'll pool your money together. That's why your man won't want to be with you if you can't control your spending.

If you forget your anniversary, your man won't be pleased. He'll be just as upset if you forget his birthday, so try to start remembering important events.

Don't stay angry at his mother for what she said to you three years ago. Get over it, so that you can have a happy relationship.

Your man will always be there for you, but he won't always be next to you. If you won't give him a second alone, then you might scare him away.

It's good to be honest. However, it's no good to say mean things, because you didn't think your words through before you spit them out.

13. Sleeping in Too Late

If you waste your entire day by sleeping through it, when will you have time for your man? The earlier you wake up, the more time you'll have to spend with him.

14. Never Getting Any Sleep

If you never get any sleep, you'll be cranky. That means you two will end up fighting more than you should.

If you tell your man you'll do the dishes, but you keep putting the task off, he's going to get angry. Do what you say you'll do.

You're allowed to swear. Just don't throw a curse word into every single sentence, especially when you're around your boyfriend's parents.

17. Comparing Yourself to Others

If you're always asking him if he finds a celebrity prettier than you, it'll show how jealous you are. Men hate that trait, so try not to compare yourself to every woman you see.

It's hard to break a habit, but it's always possible. What's your bad habit?