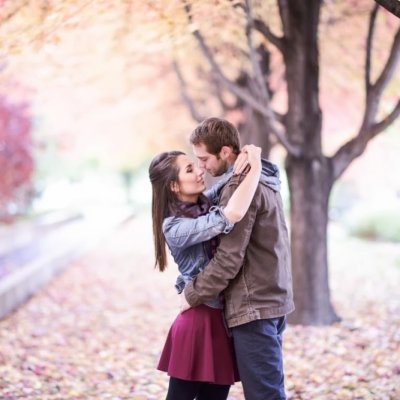 Some men make us question why chivalrous acts have died out. However, other men prove that sweetness still exists. You just have to find the right guy, because there are still people out there that commit chivalrous acts. Here are a few of the cutest ones that would make any girl swoon:

1. Pull out Your Chair

It's rare to see a man pull out a chair for a woman at a restaurant. It's one of the chivalrous acts that have faded away, but we would still appreciate it. It doesn't require much effort from him, but it shows how much he cares.

2. Open the Door for You

It's respectful for a man to open a door and hold it for his partner. It allows her to step into the building first, and he can follow suit. Of course, women commit this chivalrous act as often as men do.

If a man drops you off at your house, it's nice for him to walk you to the door instead of driving right off. If you take separate vehicles, then he should at least shoot you a text message a few minutes later asking if you got home safely. It's easy for him to do, and it'll make us like him more.

4. Call You on the Phone

It would be nice to receive a phone call instead of always getting text messages. While texts still show that you were on his mind, a phone call is more personal. It means that he wants to spend time talking to you, and loves hearing your voice.

Has a man ever brought you roses on the first date? Gifts aren't everything, but they show that he wants to impress you. He thought ahead, and decided you were worth the time and cash for flowers.

6. Ask You out in Person

It's sweeter to be asked out in person than over a cell phone. It would also be nice for men to call a date a date instead of saying they want to 'hang out,' which leads to confusion. It's important to say what you mean, so it won't be misinterpreted.

7. Give up His Seat for You

When a pregnant or elderly woman is forced to stand on a bus or subway, it's sweet for a man to give up his seat for her. She needs the rest more than he does, and it's always nice to be nice.

8. Hold Your Books and Bag

If you're in school and walking from one class to another, wouldn't you love for a guy to offer to carry your books? He shouldn't be your personal errand boy, but it's nice when he's willing to help you out. Not many people are that courteous anymore.

9. Offer You His Jacket

When the weather turns colder, and you have on light clothing, it's cute when he offers you his jacket. He's sacrificing his body so that yours stays warm. It's a sweet gesture.

Your partner shouldn't act like your slave, but they should be willing to do little things to make your life easier. If they really care about you, then they won't mind putting their needs aside to fulfill yours. Are many of the men in your life chivalrous or do they behave more selfishly?