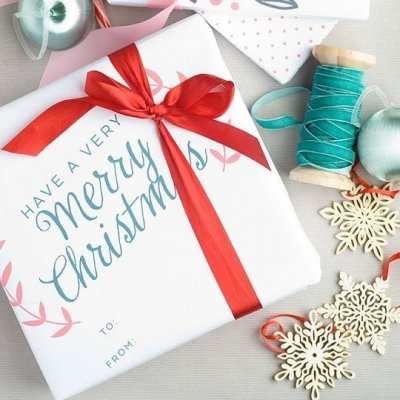 The longer you've been with your boyfriend, the bigger gift you should get him. After all, you need to top the present that you bought him last year. That means that you're probably going to have to spend a little bit of money. If you have some cash to spend, and want to give your long-term boyfriend something special for the holidays, here are a few ideas he's sure to love:

If you want to buy your boyfriend something huge, get him a Playstation 4. Yes, it's a lot of money, but you'll be able to benefit from the gift as well. Just make sure you buy him games that are multiplayer, so that you can join in on the fun.

We're not the only ones who enjoy jewelry. You can buy your boyfriend some dog tags that have a personalized message on them. You can even get them engraved to say his name, your name, or anything else that you'd like. Then he'll have something to carry around that'll always remind him of you.

If you're living with your man, he probably has a man cave somewhere in the house. In order to make it feel more relaxing, you can get him this jar. It's a place where he can store all of his favorite snacks. You could even fill it for him before you wrap it up as his present.

Everyone is talking about Star Wars, because the remake is being released. If your man is a fan of the films, then you can buy him a toaster that's in the shape of Darth Vader's head. Even better, when the toast comes out, it'll have the Star Wars logo imprinted on it. It's something he'll definitely fangirl over.

Men never get tired of playing with toys. Of course, not that he's older, he won't want Lego sets. He'll want something more advanced, like a drone. Sure, there are super expensive models that allow you to take photos while flying around town. However, there are other drones, like this one, that won't cost you too much money. But their cheap price doesn't make them any less fun!

Buy it for $85 on uncommongoods.com

You've seen movies where couples carve their names into tree bark. Well, if there aren't any trees nearby for you to carve, you can get him these personalized glasses instead. They have an adorable little drawing of a tree on it that will hold your initials and the date of your anniversary. There's nothing sweeter than that!

Buy it for $55 on beveragefactory.com

If your man likes his alcohol, you can buy him this beverage dispenser. Of course, even if he's against alcohol, he can still use this to serve coca cola and other drinks if he's always hosting parties. The inner chamber, which allows you to place ice inside, will keep his drinks cool for hours. That means they won't go bad!

The holidays are the perfect time to show your man just how much you appreciate him--and that's exactly what these gifts will do! Have you already finished buying your boyfriend's Christmas gifts? What did you buy him?