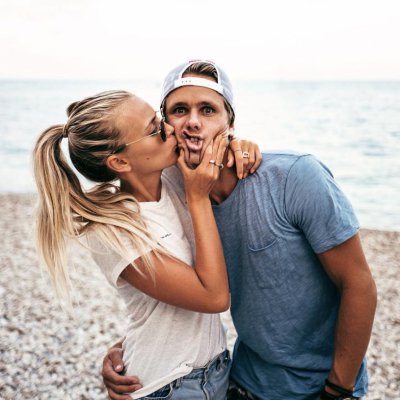 Your boyfriend deserves to be treated with respect, just like you do. However, if you've been dating him for a while, it's easy to forget to pay him little common courtesies. That's why you should try to treat him just like you did when you first met. If you're not sure how to do that, here are some common courtesies you should always pay your boyfriend:

1. Don't Order the Most Expensive Thing on the Menu

When your boyfriend takes you out to dinner with the intention of paying for the both of you, you shouldn't order the lobster with a side of steak. If he encourages you to order a certain meal, then it's fine to do so. But if you know he's low on cash and see that he's getting the cheapest thing on the menu, then you should do him a favor and try to order something cheap as well.

2. Thank Him when He Does You a Favor

When your man brings out the garbage or brings home candy for you, make sure to thank him. He's not required to do those things. He does them, because he loves you. So make sure you show him you appreciate him with a simple "thank you," and maybe even a quick kiss.

3. Wash the Dishes when He Cooks

One of the best ways to distribute your chores is by having one of you cook and the other clean up afterward. Of course, cleaning is always a great idea, even if he didn't cook you a meal. If you're at his house, then do him a favor and clean up after yourself. It's rude to leave a mess for him to handle.

4. Pay on His Birthday

When you take him out to dinner for his birthday, make sure you treat him to a meal. It's the one day of the year that he definitely shouldn't be paying. It's also a great idea to buy his parents gifts for their birthdays and on holidays, especially if you're going to be spending the day with them. They could become your in-laws one day, so it's the least you can do, even if you just buy them a small plant.

Don't tell your boyfriend you're going to meet him at 5 and then show up at 6. You wouldn't want him to keep you waiting, so you shouldn't keep him waiting. If you're running late, then shoot him a quick text to let him know. Keep him in the loop.

6. Text Him when You Get Home

When you get home from his house, send him a text to let him know you made it home safely. That way, he won't have to wonder if you ended up in a crash. It'll only take two seconds to type out the message, but it could save him from a world of worrying.

If you're spending the entire day with your boyfriend, you'll probably get a few texts from your friends. There's nothing wrong with answering them, as long as your head isn't constantly in your phone. You shouldn't text while your boyfriend is in the middle of a story, either. Wait until the conversation dies down to scroll through your messages.