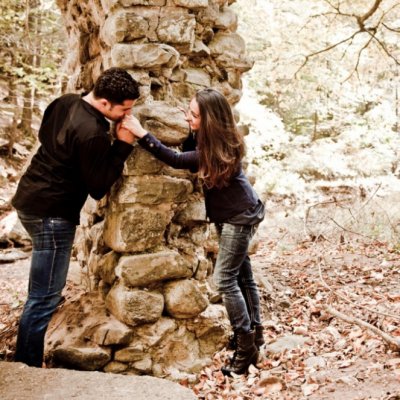 Your boyfriend is your equal, not someone that you're meant to control. While some men like their girlfriends to act like mother figures who will make all their decisions for him, most men want to keep their independence. It's no fun when the person you love the most tries to use you as their puppet. Here are some controlling things most men absolutely hate that you should avoid doing:

1. Phoning Five Times in an Hour

He's happy to know that you care, but when you text him five times in a row to ask him what he's doing when he already told you he's at his BFF's house, he won't be pleased. After all, it's hard for him to have fun when he's forced to look down at his beeping phone every five minutes. There are times when you should just let him roam free and have fun without you.

2. Hunting for a Fight

If you suspect him of cheating, it's natural to want to look through his phone. But if you completely trust him, why would you read through his texts and browse through his emails? He doesn't deserve to be treated like a criminal. Let him talk to his friends without looking over his shoulder.

Sometimes, we just have to put our foot down. While it makes sense for you to tell him not to talk to his exes or an extra flirty girl, you shouldn't try to control who he can and cannot talk to. You're not in charge of his life and his decisions. He's perfectly capable of deciding who it's appropriate to be friends with. Show him you value his opinion by letting him make his own choices.

4. Choosing What Nikes He Can Wear

You're not his mother and he's not twelve, so you shouldn't be picking out his clothes for him. It's fine to buy him a new outfit for his birthday, but don't expect him to change his entire style for you. If you're always commenting on how much you hate his polo shirts and how he'd look so much better in a nice flannel, button down shirt, he's only going to be offended.

You're in a relationship, which means that your opinions should be considered equal. If you're always choosing the restaurant to eat at or the movie to watch, he's going to feel like you don't care about his happiness. You aren't the one in charge. You need to let him get his way every once in a while.

6. Acting as His Voice

If someone asks him how his job is going, don't jump into the conversation and answer for him. He's his own person, which means that he's perfectly capable of talking for himself. You don't need to act as his voice.

7. Booking Plans for the Both of You

If your friends ask you two out on a double date, consult with your boyfriend before giving them an answer. You don't want to agree to going to an event, and then find out that your boyfriend doesn't want to go. To keep him happy, make sure you ask for his opinion before you make any plans that involve him.

If you love and trust your man, you won't have much of a problem letting him make his own decisions. Has a man ever tried to control you by doing any of these things?