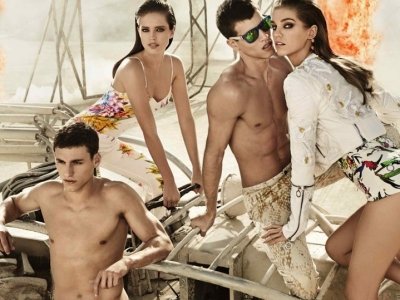 When you log onto Facebook, you’re bombarded with photos of them kissing and making goofy faces into the camera. The pictures were cute at first, but after seeing a dozen albums dedicated to their love, you’re tired of looking at them. Taking too many pictures is one of the cutesy couple routines that could drive you crazy. You’re happy that your friend is happy, but do they really have to document every day they spend with their man?

Public displays of affection have different levels of appropriateness. If a couple is holding hands, it’s sweet. If they’re grabbing at one another while french kissing, it’s a little less sweet. There are some things that should only occur behind closed doors. It’s understandable that you want to show the world how in love you are, but you can do it in other ways. Makeouts aren’t the only form of expressing adoration.

If you’re out at dinner with a couple, you’re going to hear ‘adorable’ stories and watch them hold hands. You’ll also see them share their food or order one meal. Of course, they’ll be cutesy about the entire process. They’ll feed the food to one another, or smush it into the other’s face like it’s their wedding day. You’ll try not to stare, but it’ll be impossible to ignore them.

Hearing someone call you by a special name makes you feel unique. They created it especially for you, which means that you’re close and share a connection. However, hearing pet names flung around when you’re single is frustrating. What’s wrong with the name their parents gave them?

They have their own schedule and rarely go out without one another. If you invite one over, be prepared to see their partner. They’re a packaged deal. When you’re in a relationship, you want to spend as much time with your boyfriend as possible. When you’re single, you realize how important a little distance can be.

If they accidentally wear the same color, it’s a happy coincidence. If they plan to match their outfits on a day other than Christmas or Halloween, it’s a different story. No one wants to see cutesy ‘his’ and ‘her’ shirts, unless they're on vacation or it's their anniversary. They may think it's cute, but it causes more groans than ‘awws.’

He wants to pay the entire bill, but so does she. They spend what feels like forever arguing over who gets the honor of spending their money. This will either end with them giggling and kissing one another, or being genuinely angry. Either way, it'll make you want to head home to get away from the squabbling.

As annoying as these habits seem, they’re fun when you’re the one in the relationship. It doesn't matter what others think, as long as you’re happy. Are there any other things that couples do that annoy you?