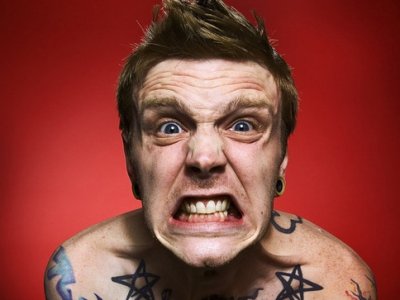 All but the most cynical among us hope that we will someday meet Mr Right. He doesn´t have to be perfect, but he does have to be right for us. However, there are certain dating tips that we should all bear in mind, as the path of true love is indeed frequently rather crooked. What should we be looking out for? Here are some important dating tips that may indicate a potential problem with your boyfriend …

Obviously you have to trust your partner – if you don´t, then the relationship is doomed – but a warning sign that all may not be well is if he is constantly coming out with excuses. Is he prone to cancelling dates, or does he always have a smart answer if you express concern about anything that bothers you? There could be someone else in his life – or maybe you´re just not that important to him.

An important dating tip is to remember that you should be a visible part of his life. If you´ve been involved for a while, and you haven´t met his friends or any of his family, this should raise a warning flag. If you mean enough to him to have a relationship with, then shouldn´t people know who you are and that you exist? A friend of mine was kept as a secret, and that is just not respectful.

Another significant dating tip is that you should be his priority, since you´re the woman he´s dating now. If your boyfriend is constantly talking about his ex and how wonderful she was, you could be forgiven for pointing out that she is not his girlfriend any more, and wondering if you can possibly live up to such a paragon!

Of course, there are the guys who are at the other extreme (and I´ve dated one of these). Everything was the fault of his ex – that they broke up, whatever went wrong in his life, and things that she wasn´t even involved in. Dump a guy like this – even though it means that the next woman in his life will be told that it was all your fault.

Probably the most important dating tip is to beware of a guy who has a temper. Everyone gets annoyed, but a guy who gets irritated by everything is not going to be fun to be around. Someone who shouts at a waiter or loses his temper when driving is going to have you constantly wondering what will set him off next.

In any relationship, it´s important to have your own interests and hobbies, otherwise it can get too claustrophobic. What´s not so good is if you find yourself spending too much time without seeing your boyfriend. Who wants to be treated like an occasional hobby? If everything else seem to matter more to him than seeing you, it´s not a good sign.

My final dating tip is to beware the opposite of Mr Unavailable – Mr Overenthusiastic. When you´re in the heady days of first falling in love with someone, it´s natural to think about them a lot, and want to spend all your time with them. However, a guy who tells you he loves you too quickly and tries to monopolise you could be a bit too stalkerish for comfort.

It´s not easy these days to find and keep love, but it´s better to be single than with the wrong guy. These dating tips should help you weed out those guys who aren´t good for you. Which dating tips are the best that you´ve ever followed?