Don't Overlook These Dangerous Red Flags during a Date ... 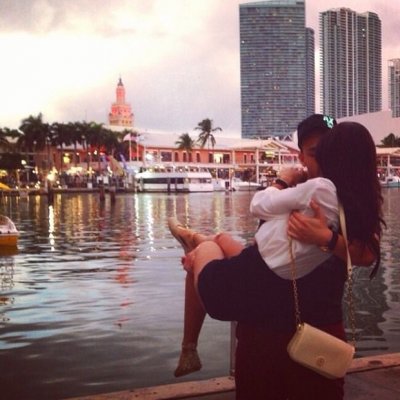 1 His Phone is Ten Times More Interesting than You

If he is on his phone more than he is talking to you, walk away.

Let's say that he brags about his house, his wages, his job, everything! You don't want that right?

Or, let's say that all he talks about is working. Constantly. Remember, you're looking for a relationship.

4 He Constantly One-ups You

Jesus, my brother does this a lot and it gets on my nerves.

5 ...worse, He Orders for You on the First Date

Some girls like this, some girls don't but I think it's controlling.

6 Common Ground? You Have None

Which can be scary.

7 He's Obsessed with Himself

He is the topic of conversation always.

8 Ah, the Ex Has Come up at Least Four Times … in Five Minutes

10 He's Asked You Your Opinion of Him Ten Times Already?

He's insecure. Very insecure. It's not something that is simple to get over either.

He also has no job and gets an allowance … and he's in his mid-twenties. Run. Fast.

12 He's Slept with How Many People?

13 They Are Way, Way Too Serious

And they can't even make you laugh.

There is no door or window to them. It is just open and free space.

15 They Spill Every Secret about Everyone They Ever Knew

You've only known them for five minutes and you know about every secret they've ever been told.

16 They Are Wicked Negative

… and have no intention of perking up.

17 They Are Looking for a One Night Stand

And they say that.