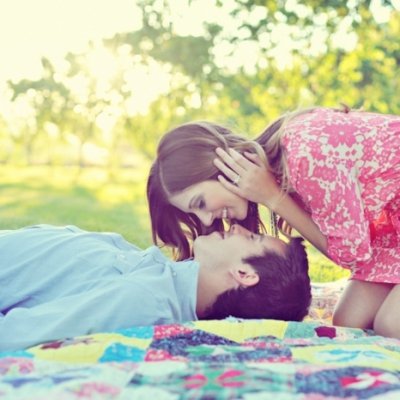 1. You Won't Always Be on the Same Page

You're always told that communication is important in any relationship, and it is. However, you won't always be on the same page. Once in a while, texting your boyfriend will slip your mind, and he'll be upset that you kept him out of the loop. Or maybe he'll bottle up his feelings of jealousy in order to keep you happy, and one day everything will explode out of him. Even though communication is important, you're still going to have misunderstandings. It just happens.

You aren't going to have mind-blowing sex every time you slip beneath the sheets. Some occasions will be better than others, and that's nothing to worry about. Even though the honeymoon is over, it doesn't mean that he's any less attracted to you.

Your dates aren't always going to be perfect either. You can't blame your boyfriend for putting in less effort five years down the road than he did when you first met. Sure, you still want him to do sweet things for you, but not every anniversary will come with a ridiculously romantic gesture. You should be happy just to spend time with him.

You can't expect your entire family to love your man. Even though your parents and friends adore him, there's bound to be a cousin or an aunt that thinks he's bad news. It's no big deal. You can't please everybody, so there's no sense in trying.

5. He Won't Always Have His Eyes on You

Yes, you want your boyfriend to be completely loyal to you. However, you can't get mad at him for admiring Emma Stone's beauty or complimenting your BFF on her haircut. He's allowed to find other women attractive. He just can't act on those feelings.

6. Your House Won't Be Spotless

You're not going to have a perfect house with a picket fence and obedient children. You're going to have a house with siding that needs to be fixed and children that curse at you behind your back. That doesn't mean you've failed as a couple. It's just life. Nothing is ever as perfect as it looks in the movies.

You're partners, which means you should be treated as equals. However, it's difficult to distribute chores so that you're both doing the same amount of work. Maybe you have three duties to do and he has three as well, but your job of mowing the lawn is harder than his job of washing dishes. It's impossible to keep things completely even, so don't get mad at him when he's trying to do his part.

Your relationship won't be perfect in the technical sense of the word, but it'll be perfect for the two of you. Just don't hold yourself to a high standard that's impossible to reach. Have you found the man you want to spend the rest of your days with?