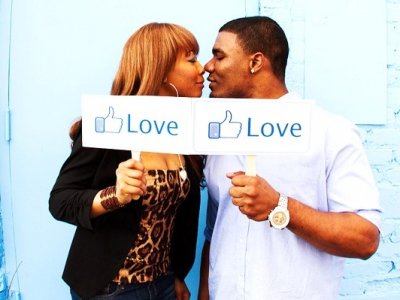 Facebook has changed the way people interact with each other on every level possible and facebook dating has certainly given singletons a new dimension. Facebook dating allows a certain amount of voyeurism that gives people the chance to express how they feel without the fear of retribution. But Facebook should not be a free for all and there are ways to use it to get the most out of Facebook dating. Here are 20 Facebook Etiquette Tips for When you are Dating.

Facebook is always updating their apps, introducing new ways of doing things, and upgrading their privacy and security. One of the latest additions is the limited profile, which allows certain Facebook friends to see some of your information, but not all of it. If you have just met somebody, or just started dating, it is perfectly acceptable to put them on a limited profile until you know them better.

One of the first rules of Facebook dating, and indeed any dating, is to not make yourself out to be something you are not. It is tempting to do so, but the real you will come out it the end, and all you will look like is fake. Don’t pretend to like heavy metal, motorbikes or sports if you don’t, just be you, all of you, and people will like you for who you are. It’s our quirks and idiosyncrasies that make us attractive to other people, and not about how much we can change to be just like everyone else.

Sexy photographs, over sharing, personal information about bodily functions, hangovers and how much you want to get your boss in a dark corner might be funny among your closest friends, but this kind of information may not necessarily attract or entice let alone impress when dating on Facebook. Girls keep the cleavage under wraps until later, guys keep your sexual fantasises to yourselves.

Just like drunk texting, Facebook is hardly immune. After a boozy night out with the mates, hitting Facebook seems like the best idea at the time, but remember with real time updates, your sober friends, their friends, your parents, work colleagues, and the object of your affections are going to get whatever boozy slur you update immediately. And the next morning when you have sobered up, everybody will have had a chance to see what it is you said, and shame doesn’t even cut it.

Swearing is not necessarily cool, when used as punctuation it is just way too much in your face, and it is incredibly obvious that the person is insecure and desperately trying to impress. Hard core swearing, derogatory language, sexual connotations and insults, actually have no place on a social networking site if you plan to take Facebook dating seriously.

Everybody has a previous life, a previous date or a previous partner before they met the current apple of their eye; it is not necessary, nor mature to flaunt that relationship with smoochy photos and albums, comments and stories on Facebook. It can be potentially hurtful. Sharing previous adventures in dating on Facebook is not cool - so it is a good idea to remove the photos and keep them for your private collection.

Somewhere, somehow you will have found yourself in a compromising position, with a beer bottle in your hand with your mascara running down your face. What seemed funny at the time is now posted in your Facebook albums for the world to see. Go through your page, your contacts and your albums, clean up the stuff you actually don’t want anybody to see, especially in the first stages of Facebook dating.

Whether a new relationship or a past relationship, everybody is guilty of doing a little checking up, having a look see to see if their ex is really getting on without them, or if the new person in their life is really what they say they are. But it gets out of hand if you trawl their page every day and adding comments - it’s just creepy, don’t do it.

Cool, so you have met a new somebody, don’t now go and add all their friends to your friendship circle after the first date. It’s not going to earn you any points and you are going to really freak them out. Facebook dating also means giving them some space. Keep the pressure to a minimum and at least have the chance to meet their friends before you start writing them birthday cards.

There is stuff that should only be sent in a private message and not splattered on a Facebook wall for the world to see. Things like personal questions, irrational ranting, sexual insinuations or remarks, and childish comments are all things for the PM box. Don’t humiliate someone by saying emotional or negative things on their wall; they might be friends with their boss or their Mother, so don’t put them in a position where they have to explain themselves.

Dating on Facebook is wonderful. The entire world gets to see happy snaps of you and your beloved splashed all over the front page of your wall. But, then there are those that should not be there at all, scantily clad and suggestive photographs are really something that should be kept in a private collection and are not suitable for sharing with all and sundry.

Lying is not going to get you far in Facebook dating. Social networking has made the world that much smaller, so the chances that the truth will come out and get out to the one that you are interested in are something like 100%. Don’t lie and say you were sick at work, and then post pictures or yourself on Facebook at the mall.

Setting up a fake Facebook page in order to keep an eye on your girlfriend, boyfriend or boss is not only wrong, it smacks of stalking. All that stuff about being true to yourself and others applies here more than ever, and having multiple Facebook pages is akin to having multiple personalities…get the picture?

No matter how much you may have coveted your friend’s ex man or woman, 30 seconds after a relationship change update on Facebook does not mean they are fair game. Even with Facebook dating there are rules, and your friend may still have feelings for their ex and even if you get there permission the ex should be a standard no go area, ever, or you are not a friend worth having.

Setting up a group or page on Facebook that is only for the intention to get likeminded individuals together (your friends) to point fingers and mock and belittle your ex, or somebody else’s ex is not only juvenile it is hurtful. Dish your dirt if you have to in the comfort and privacy of your own home, and don’t become a bully on Facebook.

If you want to date on Facebook, putting up provocative pictures of yourself is going to attract the wrong people. Leaving little to the imagination is going to get you a lot of attention, but from those individuals who don’t necessarily want to have a relationship, and you will end up getting hurt. Choose your profile pictures carefully; taste goes a long way.

People do make snide comments or posts on Facebook, and if it happens to be under a picture of yourself, a family member or a friend, you may need to count to 10 before you unleash a verbal lashing that will be scribed for the world to see and remember. Practice some self-control; remove the post from your page and send a private message if it warrants it.

Controlling what photographs you post of yourself is not really where it ends, your friends and family can post anything and tag you in it. If it is not flattering, or puts you in a compromising position that you don’t want your date to see, untag yourself immediately and if necessary ask the person who put it up to take it down. If you are trying to get someone’s attention, your mouth wrapped around a shooter glass or in a clinch with someone else, may not get the point across as you intended.

Don’t take Facebook so seriously, relax and don’t take everything that is said or done to heart. A social media site is just a platform for sharing information, photographs and stuff with your friends. If you are going to make an issue out of everything, maybe it is time to get out of the Facebook dating scene and get back to the old fashioned face to face social contact.

With everything said and done, there are still things that you can do that are irritating and tiresome, like updating everything you do, every minute of every day. You are going to come across as bored and lonely, which you probably were when you posted the information. Give your friends and potential dates, something that will delight them, not ‘’Feeding the cat’’ with 12 pictures.