7 Flirty Ways to Compliment Him without Sounding Creepy ...

If you want to get closer to your crush, there are casual ways to compliment him. The act doesn’t have to be torturous. Approaching him might feel nerve-racking, but it won’t be so bad as long as you know what to say. If you have no idea what to tell him, here are some natural sounding ways to compliment him:

Unless you’re having a detailed conversation about hairstyles, don’t compliment his hair if he’s worn it the same way every day since you’ve met him. It seems arbitrary to compliment something that’s always been there. Once he changes his hair, or wears a new hat, that’s when you should compliment him. One of the most natural ways to compliment him is when he’s sporting a new look. He’ll be expecting comments on the change, so why not give it to him?

If he’s wearing a band shirt or carrying a classic book, compliment him on his good taste. It shows that you have something in common, and will spark a conversation about the item. Just don’t compliment the item if you’re not a fan of the band or book. You don’t want to be stuck in a lie about how much you love it. 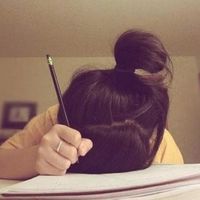 7 Essay Mistakes to Avoid to Get a Higher Grade ... 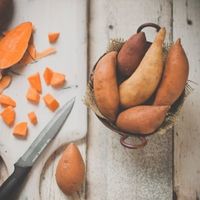 9 Super Foods That Can Help You Lose Weight ...

Your compliment can’t come out of nowhere. Don’t randomly approach him to tell him how funny or athletic he is. If he tells you a joke, then you can tell him he’s funny. If he wins a big football game, then you can compliment his skills on the field. If the compliment is in context, then it’ll never sound creepy, only flattering.

After you compliment him, don’t run away. Wait for his response, and see if you can get a conversation out of the deal. It’ll look strange if you compliment him, and then are too nervous to look at him. You’re being brave by approaching him, so keep up that bravery for a few more minutes. It won’t kill you. In fact, it could land you a date.

It’s best to compliment him when no one else is around. If he’s surrounded by a group of friends, they might tease him, or they’ll distract him. If you want his full attention, wait until you can approach him alone. This way, you’ll be less nervous, and he’ll be more attentive.

Shallowness is a horrible thing, but when it comes to compliments, it’s required. It’s not smart to tell your crush that he’s amazing or sweet or perfect, especially if it’s your first time speaking. Instead, name a physical trait you like about him, like his new Nikes, and compliment those. It’s a much better way to break the ice.

When you’re crushing on a guy, there are countless things you love about him. However, you can’t compliment them all at once. He doesn’t want to hear a list of things that you find attractive. Stick to one specific compliment and leave it at that. Otherwise, you could come across as sounding obsessed.

Everyone loves receiving compliments, so don’t be shy. You might make your crush's day! What’s the best compliment you’ve ever gotten? Who gave it to you?

teen
7 Essay Mistakes to Avoid to Get a Higher Grade ...
lifestyle
Wonderful Things to do with Dad on Fathers Day ...
money
10 Ways to save Money on Dining out ...
movies
Movies like harry potter on netflix
health
9 Super Foods That Can Help You Lose Weight ...

How to increase blood in body for sugar patient ...
What color nail polish do guys like ...
How to make your eyes prettier naturally ...
Can takis help with weight loss ...
What is sugar in blood ...
How long after i eat should i check my sugar ...
How much alcohol is in carlo rossi wine ...
Is peanut butter good for gerd ...
What is the most common food in africa ...
Whats pickle juice good for ...