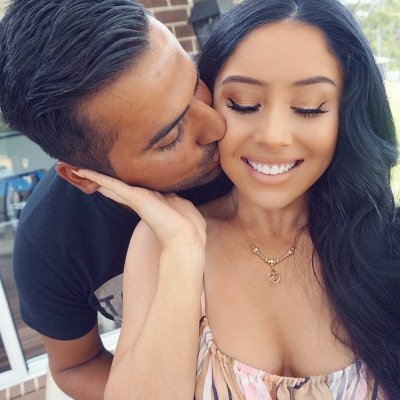 After kissing 👄 all of those frogs 🐸, you've finally met someone that you connect with on a deeper level. But even though you're hoping for a fresh start, there's something major from your past that is threatening to ruin the relationship 👬 you've worked so hard to build. You hate feeling like you're being deceitful, but you're honestly trapped. How are you supposed to move on if you still have that one thing hanging over you?

Whether it's confessing the real reason why your last relationship didn't last or that you have a serious drinking problem, owning up to a deep, dark secret is never easy. It's one thing to come to terms with your past; it's another to open it up for scrutiny, especially when your relationship 💏 is still in the beginning stages. Here's how you can be honest with your partner AND still keep your relationship intact.

1. Decide if This Secret is Worth Revealing

Before you pull out your diary, take a second to weigh just how important this secret is. Is this something that will impact 😧💥 your relationship in the long run? Or is it something that happened years ago and doesn't really affect you or your partner?

2. If You're Still Not Sure, Confide in a Good Friend about It First 👍

While being in a relationship 💏 is all about transparency, that doesn't mean that you are obligated to share your dirty laundry. Get your best friend's opinion about your situation. Sometimes, having a fresh pair of eyes 👀 look at it from a different perspective makes everything make more sense.

3. Make Sure Your Boyfriend is in a Comfortable Place before You Spill

Nothing good will come from springing your secret on your boyfriend out of the blue. Avoid making things awkward 😟 by waiting for the right time to talk like when your dinner date 🍽 is winding down or you're cuddling on the couch.

4. Let Him Know if It's Something That Has No Effect 🚫 on Your Future 🔮 (but You Just Want Him to Know)

Raise your hand if this is you 🙋: Even though it happened a long time ago, hiding it from him doesn't feel right. The best way to tackle this is by being transparent and telling him exactly that. This will show him that you trust him enough to know even though it isn't important or relevant.

5. *but* if It's Something That is Still Going on and May Affect Him, Be Upfront about It

Put yourself in his shoes. There's nothing worse than finding out that your girlfriend has been hiding something huge like a serious addiction or illness down 😧 the line. Being honest now/before it goes any further will only change your relationship 👫 for the better.

6. Trying to Break a Really Bad Habit? Share Your Game Plan with Him 👌

He's less likely to worry 😟 about you if he knows that you're actively working to get back on track 👌. Come up with a list of what you need to do to make sure that the issue stays in the past.

7. Tell Him That It Was a Mistake, but It Only Made You Stronger 👊

We've all been in situations where no matter how hard we try to escape, we can barely keep our heads above water. Last year, you maxed out your credit card 💳 and wiped out all of your savings. Hitting rock bottom sucked, but now you spend your money 💸 more wisely.

8. Show Him You've Changed through Your Actions, Not Just Your Words ‌﻿👏﻿‌﻿

Now all that is left to do is follow through.

9. Address Any Concerns He May Have about What This Means for Your Relationship

Holding in this secret for so long weighed heavy on your heart. Now, imagine how your guy 👨 feels. Remember that you've had more time to come to terms with it. Reassuring him that he doesn't have to shoulder this burden is super important.

10. Let Him Know That You're Being Open Because You Take Your Relationship Seriously 💕

Tell him that he means so much to you that you are willing to share this part of yourself that you've hidden for so long, even if it hurts. If he's the right guy, he'll see you for the genuine person that you are 💝.