Girl's Guide to Decoding What He Means from What He Says ... 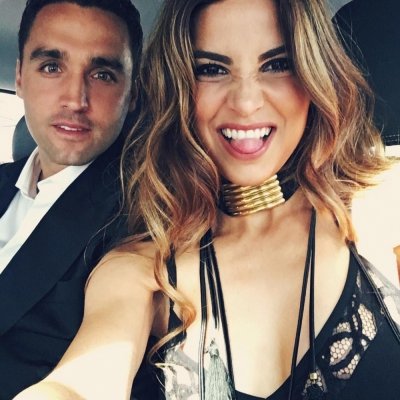 It’s a common thing to hear the phrase “men don’t understand women”. Well, I’d like to put it out there that men aren’t the simple, open creatures they like to think they are. Decoding a man’s communication is as complicated AF. Don’t be frustrated by trying to read between the lines, working out what he really means. This little guide will help.

What this actually means is that whatever you are asking him to do, he just really doesn’t want to do it! You want to go shopping with him but he’s super tired? How can that be when it’s only 1pm in the afternoon? Take the hint and find a friend to go with you instead. He clearly wouldn’t be good company if he doesn’t want to go anyway.

When you finally feel confident enough to have ‘the talk’ and you end up saying those three little words only to be greeted with a weird “I like you too”, it doesn’t necessarily mean that he has completely different feelings. It just means that he needs a little more time to open up.

3 Things Are Heating up with an ‘I Really like You’

He might not be ready to fully put himself out there and tell you that he loves you, but an “I really like you’ is a sure fire sign that he falling for you, so it won’t be long until you hear those words that you have been longing to hear!

4 The Big I Love You

If he tells you that he loves you, he is basically saying that in this moment and in these circumstances, you are the person that he wants to spend the rest of his life with. Don’t waste the opportunity if you feel the same way!

5 When You Get the Silent Treatment with a Simple ‘Cool’

This doesn’t necessarily mean that he is being distant or evasive. Sometimes a simple ‘cool’ from a guy alludes to the fact that he simply doesn’t know what to say in a certain situation! Give him some credit for at least saying something and not completely checking out!

6 Palming You off with an ‘I Don’t Know’

If he starts to get allusive and keeps saying ‘I don’t know’, then the chances are that he is really asking you to change the subject because he either doesn’t want to talk about something, or even worse, he is actively hiding something!

Getting fobbed off with the classic ‘I’m busy’ reply could be the beginning of the end, as somebody who was truly in to you would want to spend every single second that they can in your company. If he’s looking for excuses not to hang out, then why should you care?

This is another classic line used for when he is trying to let you down gently without spelling out the fact that he just doesn’t want to spend that much time with you anymore.

What this usually means is that he is not invested in the relationship anymore but doesn’t want to take the brunt of the blame, so tries to make out like there is a lack of effort coming from both sides!

This means that you have changed something about yourself that he does not necessarily like, and therefore he makes it known that he has noticed, but hasn’t put any kind of positive spin on it!

There’s no guarantees that these interpretations are truly what your man is trying to say but they’re common thoughts among psychologists. I guess you’ll never truly know until you’re convinced your man is being totally honest about his feelings.