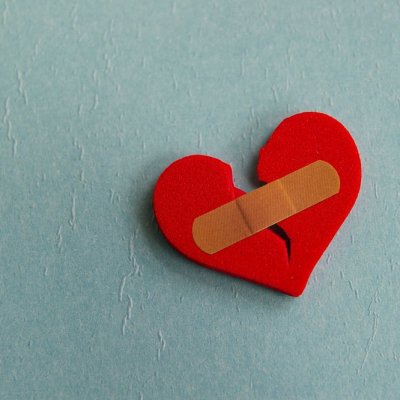 "It's not you, it's me." "I don't want to ruin our friendship." "I'm not ready for a serious relationship." Most of us have heard at least one of these (totally cliché) excuses, or something similar, from someone we are dating. And breaking up can be hard- both for the dumper and the dumped. But if a relationship isn't providing happiness in someone's life, it might be time to move on. So if you're in a relationship rut and need a way to break someone's heart as gently as possible, try one of these 7 ways.

I'm not suggesting that you lie. Honesty is important in every relationship, even when you're ending it. What I'm saying is to just be honest with your guy, but don't use words that are harsh or hurtful. Instead of saying, "You have a crappy job and I need to be with someone who's motivated," say, "I don't think we share the same work ethic and it's important that I be with someone who has the same goals that I do."

2. Start with the Positive

Before getting to the part where you break someone's heart, let them know how they brought goodness into your life, even though things didn't work out. You could start by saying something like, "You're an amazing listener," or, "I've had so much fun laughing with you." If you can find just one nice thing to say about the person, it will lessen the blow when the bad news comes.

3. Close and Lock the Door

It's bad enough that you're ending a relationship. Don't make things worse by doing it around the holidays. People are more fragile around holidays, and your good intentions might not be received very well. Wait until all of the holiday cheer is gone before you break the news to your guy.

You don't ever want to break up with someone in public. It's hurtful and inconsiderate, and it serves no purpose. Find a quiet place where you have privacy, so both of you can really focus on what's happening. It will be easier for both of you to express yourselves during the conversation.

6. Keep Them in the Loop

It's fine to confide in your bestie that you're thinking of breaking up with your guy, but don't go blabbing to your entire social circle about it before you tell him. If he's the last one to know that you had plans to call things off, that will make the break up much worse. Just because you're ending things doesn't mean you can be disrespectful.

7. Keep It to Yourself

Once you've officially broken things off, be sure to stay sensitive to the other person's feelings. There is no need to update your Facebook status letting everyone know that things are over. Changing your relationship status is fine, as long as you fill people in on the details via a private message.

Breaking up sucks. It doesn't matter if you're the breaker or the breakee, it is never a good feeling when a relationship is over. But if you end things as politely as possible, it might make the suckiness not so sucky. Which of these 7 ways would you feel most comfortable using to break up with someone?