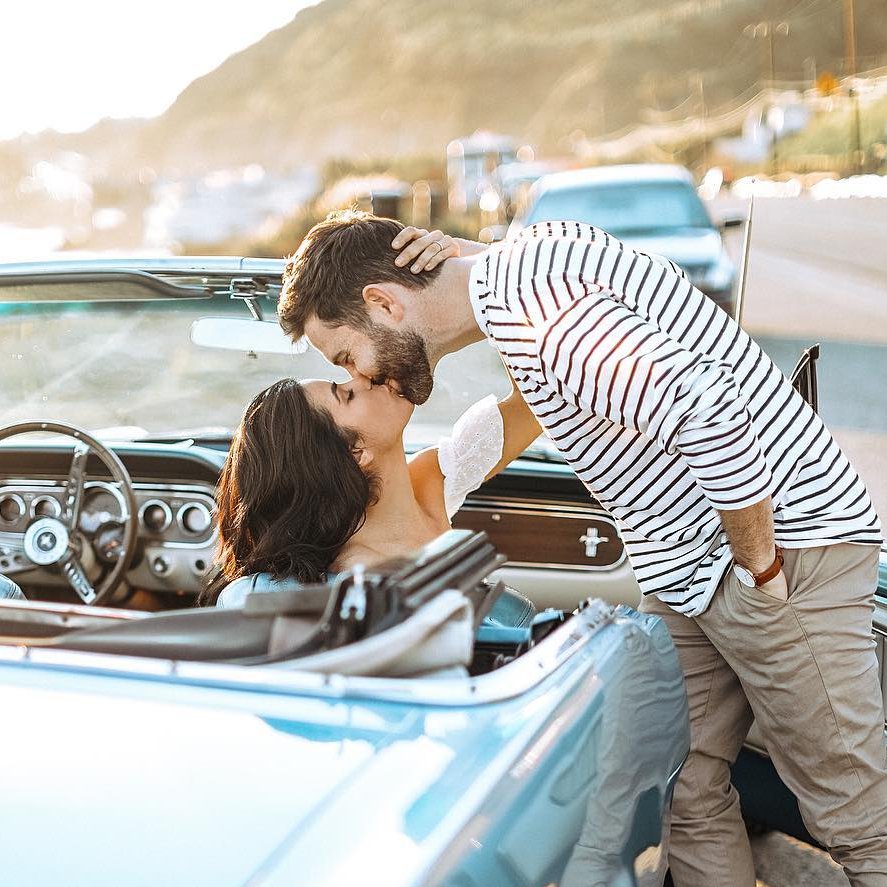 Let's face it: one of the key goals of feminism is to allow men and women both the chance to reject harmful gender stereotypes and roles, and one of them in particular -- that men are unfeeling -- is just awful. Of course, men feel emotions, just like we do! But our culture has deemed that men are supposed to be tough and emotionless, so sometimes we've got to dig a little deeper to find out what they're feeling. Until we're able to reject this idea, as a culture, here are a few tips on how to crack your man's emotional code.

As a culture, we've decided men are allowed an abbreviated range of emotions, mostly anger, frustration, and the like. So when a man is feeling something else -- like sadness or fear -- he may express it as an emotion society thinks is more acceptable. This is confusing to deal with, and it's so sad, but knowing about this emotion-swap makes is easier, doesn't it?

Because most men have a hard time expressing emotions we've decided as a culture are "womanly" or "weak," men may also express these emotions and feeling ss physical symptoms, like headaches, backaches, fatigue, or nausea.

We women seem to have less difficulty admitting when we're feeling a lack of sex drive, but for men, this can be considered emasculating. Stress has been shown to reduce sex drive, but what the research shows is still difficult for some men to admit. What a terrible thing, to have your masculinity tied to your sex drive, no matter what!

It's also culturally abnormal for men to admit to the "weakness" of depression or other mental illness, which may also be expressed in emotions that we find confusing. Like any other illness, mental illness is physical, and can be treated. We don't consider arthritis to be a sign of weakness, so why is mental illness any different from this physical illness?

I hate that in most movies, TV shows, and other media, men who freely express their emotions are comic, made fun of, or reviled. This is just as harmful as stereotypes about women, but we can change this! Speak out, and speak with your dollars at the box office.

Most men feel like they're in a double-bind when it comes to expressing emotions. Society is starting to say it's okay to express emotions, but when they do, we women are worried or scared or overwhelmed or judge them as not being well-adjusted. Is it any wonder men use some of these, or all of these, defense mechanisms?

Obviously, we need to be a little better about addressing men's emotional needs in our overall plans for gender equality. What other emotional trends have you seen in men, and how have you gotten the men in your life to express their emotions without fear?