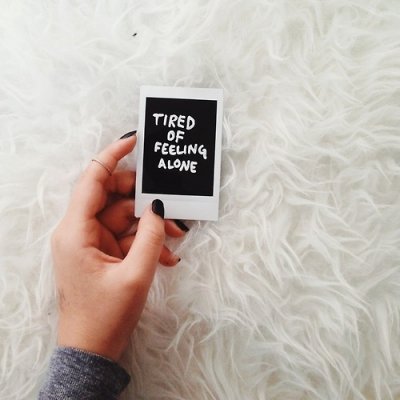 1. Being Single is Fine - Honestly!

But all my friends have a boyfriend! Well, this isn't a race, and you haven't been left behind. They haven't beaten you, and they're not better than you just because they have boyfriends. You don't have to catch up with them, and you don't have anything to prove. You don't have to try to beat anyone to the end, either. Go at your own pace, and don't worry about what anyone else is doing.

3. Wait to Date the Right Guy

Being in a hurry to bag a boyfriend can mean that you end up dating someone you're not really that interested in. That's not fair on him, and isn't right for you. It's worth waiting instead for the right guy, so that you're dating someone you really like. Don't waste your time on the wrong one.

4. Having a Boyfriend Isn't All That

I used to feel that there was something wrong with me because I didn't have a boyfriend by the time I was 16. But now I can look back and see that there wasn't anything wrong with me. I can also see that I wasn't missing out on anything other than trying to boast to my peers. Once you've had boyfriends, you realise that it's not all that, and that sometimes they're downright annoying!

5. People Can Lie about Having a Boyfriend

So you think that everyone at school has a boyfriend. But do you know that for a fact? Sometimes girls lie and make out they are dating, because they want people to think they're attractive to boys. Girls can be quite competitive, but may also see their value in their attraction to boys.

6. You Can Please Yourself and do What You Want

Being single is actually a pretty good deal. You don't have to think about someone else, and can just do what you want when you want. You have more free time for hobbies and sports, or whatever you like to do. You can spend time with your friends. Nobody gets jealous of what else you have going on in your life and demands that they be your no. 1 priority.

7. When the Time is Right

Try to relax about not having a boyfriend, and don't be desperate. That's really not attractive, and risks you ending up dating someone who won't treat you well. Guys can smell desperation, believe me - and some of them will happily take advantage of it. It's better to have no boyfriend than one who just wants to use you.

Have you been teased about not having a boyfriend?