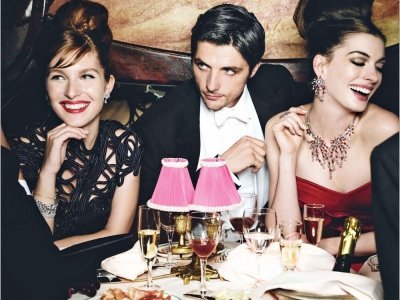 1. He Just Got out of a Relationship

One of the easiest ways to spot unavailable men is if they just got out of relationship, especially a long-term one. On paper he’s available. Literally! But, even if he did the breaking up, there will always be little tremors from the earthquake that was his breakup. Tread lightly with the guy. He may seem ready, but he may just be ready for a rebound.

If you’re looking for a man to commit to a long-term relationship with you, chances are they’re not going to be under twenty-five. Boys under twenty-eight are still having fun with their guy friends and experimenting with all kinds of things, including women. He may seem ready for a relationship and maybe you’ve found the diamond in the rough, but if you can choose, choose someone over twenty-eight and spare yourself the heartache when he tells you he’s not ready for something serious in two months.

3. He’s Already with Someone

Whether he’s casually dating someone or actually married, if he’s with someone else he’s absolutely unavailable. If he’s giving you the speech that he’s not happy at home then let him make that decision and leave it. Chances are he’s a ‘grass is always greener’ kind of guy. You definitely don’t want to be with someone who’s always looking for the bigger, better deal or worse, always looking but never committing.

If a guy hasn’t had a serious relationship in the last five years there may be something wrong. Dating is tough nowadays, so I won’t put it past someone to be single for a long amount of time. But, if he seems relatively normal with a steady job and nice friends but has never put a ring on it or even gotten near a ring, he may just love being a bachelor. Take it from Stacey Keibler and ditch this guy.

You can’t quite pinpoint it but you can feel that something is off when you’re with him. He won’t connect to you, you’re walking on eggshells or maybe you find yourself stumped when it comes to conversation. The only thing is, when you see him with other people he doesn’t act like that at all with them. He may be available to everyone else but not available to you because… He’s unavailable for a relationship. This guy likes his weird little world and the routine he’s made. There’s not room for someone new. Mainly you.

6. He Wants to Be Your Boyfriend Right Away

If a guy comes on strong in the beginning, he will definitely burn out way before the end. Beware the guy who wants to spend every waking minute with you, tells you he’s falling for you and moves into your place after knowing you for two weeks. This is not a good sign. While it’s great to have a guy come after you so passionately, sit back and think, does he do this with every girl? These guys are emotional wanderers. They want someone to latch onto and they love the feeling of falling in love. But, once that feeling starts to fade, he wants it again and probably not with you.

If he’s always making plans and canceling on you, only to make new plans and cancel on them, you can be pretty sure that he’s emotionally unavailable. When a guy wants to see you because they’re romantically interested, they’re going to make it happen. When an unavailable guy makes plans to see you it’s almost like it runs through their head that seeing you sounds like a great idea but when they find themselves getting closer to making it happen, they get nervous and back away. This should not be confused for actual fear. Guys are never afraid. They’re hunters. When they want something, they go and get it. Save yourself some frustration and don’t reschedule.

Trying to spot an unavailable man can be tricky. They certainly have some valid excuses up their sleeves and that can confuse any smart woman. The trick to finding them is listening and watching for subtle signs. When your radar pings, listen to it. Your inner voice wants to tell you something. Have you recently met a guy that you thought could be unavailable and later found out was? Leave a comment and tell us!