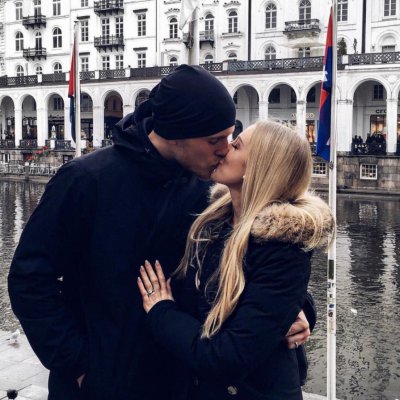 If you’ve been in a relationship then you know that you can be blissfully happy and not be aware that your partner is no longer happy and contemplating breaking up without you even knowing. Sometimes, we can be so caught up in our feelings that we miss the subtle changes in our partner’s behavior or even tiny hints that they’re unhappy. If you have a nagging feeling that something might be off in your relationship, read through the following hints to see if it applies to your situation. It could be time to have a heart-to-heart with your partner about his feelings.

Being distant might seem like one of the most obvious signs of unhappiness but it’s not so simple. Sometimes, the source of the distance isn’t about your relationship and could be about something else. However, if you notice that your partner is suddenly distant, it could be a red flag signaling there’s a problem between the two of you. The best thing to do is not assume, talk to your partner to be sure.

All couples argue whether it’s a small disagreement or a full blown argument. Typically, fights aren’t something to be worried about in a relationship since they happen to everyone. But, when you begin to notice that your partner starts fights all the time, it’s cause for concern. Think about the last few spats, does he have a bad attitude or he’s nitpicking about every little thing? If it seems like you can’t say anything without your boyfriend having a problem with it, there’s a good chance he’s no longer happy.

When you go from spending all of your free time together to spending more and more time apart, this could signal a problem. There will be times when he needs his alone time such as he’s planning something for you or needs to study or work without distractions. But when you start noticing that he spends almost every weekend away, he could be trying to get time away from you. Talk to him when you start noticing these changes before the problems begin to escalate.

If you notice that your partner loses his temper quickly, it’s a big red flag that he’s unhappy in the relationship and he’s got some pent-up anger and frustration that he’s taking out on you. In either case, it’s a major concern and it’s essential to talk to him about it as soon as possible. Regardless of his reason why he’s behaving in this way, there’s no reason for him to take it out on you.

6. He’s Shutting You out

People react differently to problems in their lives. Some like to talk it out whereas other like to keep it to themselves. However, if you notice that your partner has become increasingly unresponsive and indifferent to you, there’s a good chance that he’s not into you or the relationship anymore. To be sure, talk to him to see if there’s something going on in his life or if he wants out of the relationship.

Lastly, if you start to notice that your partner is pulling away in more than one way, he could be thinking about breaking things off. Communication between couples is more than just talking. Maybe you have a special look you share or you have a ritual that you share on the weekends. When those things fall by the wayside, there’s a good chance that he’s no longer happy. Other signs include taking a long time to respond to your texts or calls or negative body language that puts distance between the two of you.

If these signs sound familiar to you, talk to your partner ASAP. There’s always the possibility that something else is going on but if these scenarios are recurrent, there’s no reason not to talk to him to get to the bottom of what’s going on. If you’ve been in a similar situation, do you have any words of advice for fellow readers?