The Subtle Ways He's Saying He Loves You without the Words ... 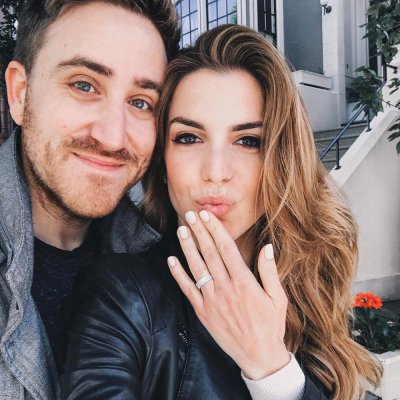 Hearing him say I love you should be magical, spine-tingling and reassuring. But those three little words aren’t the only bond that holds your relationship together. The statement of love should be backed up with clear signs of how he feels. You can’t live on just words or empty promises.

One of the key unspoken signs he loves you is that he likes to challenge things that you say and beliefs that you have. Rather than taking this as a sign that he is being disrespectful, you should recognize that him starting discussions about things that you say means that he is truly listening to every word that comes out of your mouth, not just ignoring you and going with the flow.

A subtle way of letting somebody know that you love them is through the closeness of your bodies. If he stands or sits super close to you, especially in public settings, it’s a huge sign that he wants to let everybody know that you are his and that he is proud to have you!

You’ll know for sure that he loves you when you realize that he remembers all of the simple little things that only a true love would keep stored in their brain. It might be something you said to him on your very first date or something that happened to you on your first trip together. It shows that he cherishes those little moments!

The text messages might not spell out “I love you”, but the fact that he can’t seem to go more than two hours without sending you some type of digital message indicates that he is thinking about you all the time and cannot go any length of time without communicating with the person that he loves!

Some people say that the way to a girl’s heart is through her pets, so if he spends a lot of time trying to win over your animals and get them on his side, you can be pretty sure that it means he has visions of all of you living together some day!

If he likes to include you in his hobbies, that’s a really good sign. Some guys are really sensitive about keeping their private things like going to football or watching their favorite shows just for them, but if he wants to share than it means he thinks so highly of you that he wants you involved in all aspects of his life.

He’s not fussy at all about what the two of you do together. A guy who is truly in love will not care about the actual activities you get up to. He will just be happy that he gets to spend more time with the girl that he loves!

He’ll go to events that he really doesn’t want go to just because you asked him. This shows that he is not selfish when it comes to giving you the love and support that you need, and that he loves spending time with you.

The clinching factor is that, even though he loves spending time with you, he respects you enough to recognize when you might need some personal space. He doesn’t see this as an insult to him. He knows that a little time spent apart is great for a relationship and helps it grow stronger.

Don’t we all want a man who not only talks the talk but walks the walk?