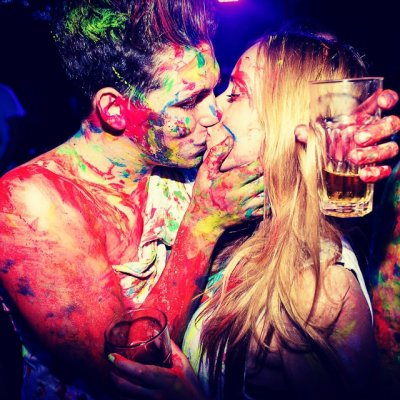 Some men will appear sweet at first, but then will take a turn for the worst. Others will show their true colors right away, but we'll ignore the red flags, because we try to see the good in people. However, it's unhealthy to let yourself spend too much time with people who don't care about you at all. If you want to avoid wasting your time with the wrong guys, here are some timeless tips to follow:

A lot of women fall into the habit of dating the same type of guys over and over again. However, there was a reason why you and your ex didn't work out. If you got into constant fights with your exes about them skipping work and school, then you should stop going for "bad boys." Try to find a man who has the "bad boy" qualities you're attracted to (like mysteriousness and spontaneity), but doesn't have the bad "bad boy" traits (like being unreliable and rude).

2. Don't Date Everyone You Go on a Date with

It doesn't matter how much money a man shells out for your dinner date. You don't owe him anything. If you go out with him once, and don't feel any sparks, you don't have to go out with him ever again. One date doesn't mean you two have to end up in a relationship. If you don't like him, dump him sooner rather than later.

3. See How Much Effort They Put in

Playing hard to get isn't any fun. You don't have to wait an hour to text him back or refuse to go on dates with him. However, you should still see how much effort he's willing to put into the relationship. If you don't make plans with him, will he take it upon himself to set up a date? If you don't text him one day, will he remember to text you?

4. Always Be on the Lookout for Red Flags

A guy might appear perfect at first, but will act differently after a few dates. That's why you should always keep your eyes peeled for red flags. If your man's personality changes in a way that you aren't happy about, it's okay to dump him.

It's important to be attracted to the person that you're dating. However, you can't let a person's good looks make up for their poor personality. Even though you'll have fun showing off your gorgeous boyfriend in public, you'll be bored when you're alone together. That's why you need to focus more on personality than appearance. Looks will fade, after all.

With all of the technology available to us inside of our own homes, it's easy to stalk someone before you go on a date with them. Look through a guy's Facebok, Instagram, and Twitter to see if there's any incriminating evidence that'll prove he's not worth your time. Once you're finished with that, you can even get a background check done on him to make sure that he's never been arrested.

7. Learn to Value Yourself

Every second you waste with the wrong guy is a second you're away from the right guy. Are you always falling for the wrong type of men?