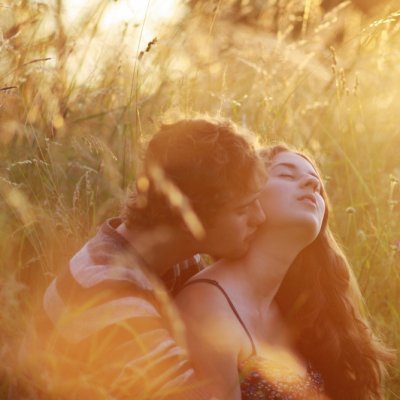 If you want to date your crush, you need to make an effort to get his attention. If you don't flirt with him, or even talk to him, then he might not realize that you're interested and will never ask you out. You don't want that, which is why you need to gather your confidence and chase him. Here are a few ways to do just that without losing your dignity:

1. Keep Your Confidence up

When you smile at your crush from across the room and he doesn't smile back, don't turn away quickly and act embarrassed. When you flirt with him and he doesn't flirt back, don't try to backtrack and act like you were just being friendly. If you appear devastated whenever you don't get the reaction you want, he's going to assume you're self-conscious. You need to keep confident, so that he realizes he'd be lucky to have you.

2. Don't Be Someone You're Not

Don't tell him you love the band on his teeshirt if you can't name any of their songs. Don't ask him to see a horror movie with you if you can't stand the genre. Act like yourself from the start, because if you end up dating him, he'll figure out that you were lying all along. You can't keep up a charade forever.

It's easy to send him text after text, but you shouldn't do it. If he doesn't reply to you, don't try to keep the conversation going by bringing up several new topics in the hopes that one will keep his interest. However, if he texts you back right away, don't play games by waiting to text him back. Just answer him when you want to answer him and don't be afraid to text him first.

4. Don't Get Too Emotional in Front of Him

If you ask him out on a date (which you should!), don't guilt him into going out with you. It's not the time to cry or to beg. Remain confident and casually ask him if he wants to hang out. If he says no, don't curse him out or whine about his answer. React like a lady.

5. Don't Neglect Other Areas of Your Life

Chasing a guy is fine, as long as you don't make it your only mission in life. You still have classes to attend, friends to talk to, and a career to pursue. Don't become so blinded by a guy that you forget about the finer things in life.

You can let your crush know you like him in plenty of different ways, so don't do it by acting jealous. If he talks to another girl and you flip out on him, he won't want to date you. You need to keep yourself calm and collected, even when he's associating with people you can't stand.

7. Know when to Give up on Him

If he makes it clear that he isn't interested in dating you, it's time to give up on him and find someone new. Have you ever turned down a guy, only to have him ask you out over and over again? It can become annoying, and even scary, so don't do that to your crush. If you really like him, then you'll respect his decision.

There's nothing wrong with chasing after a guy, as long as you don't go overboard. Have you ever successfully chased after a guy?