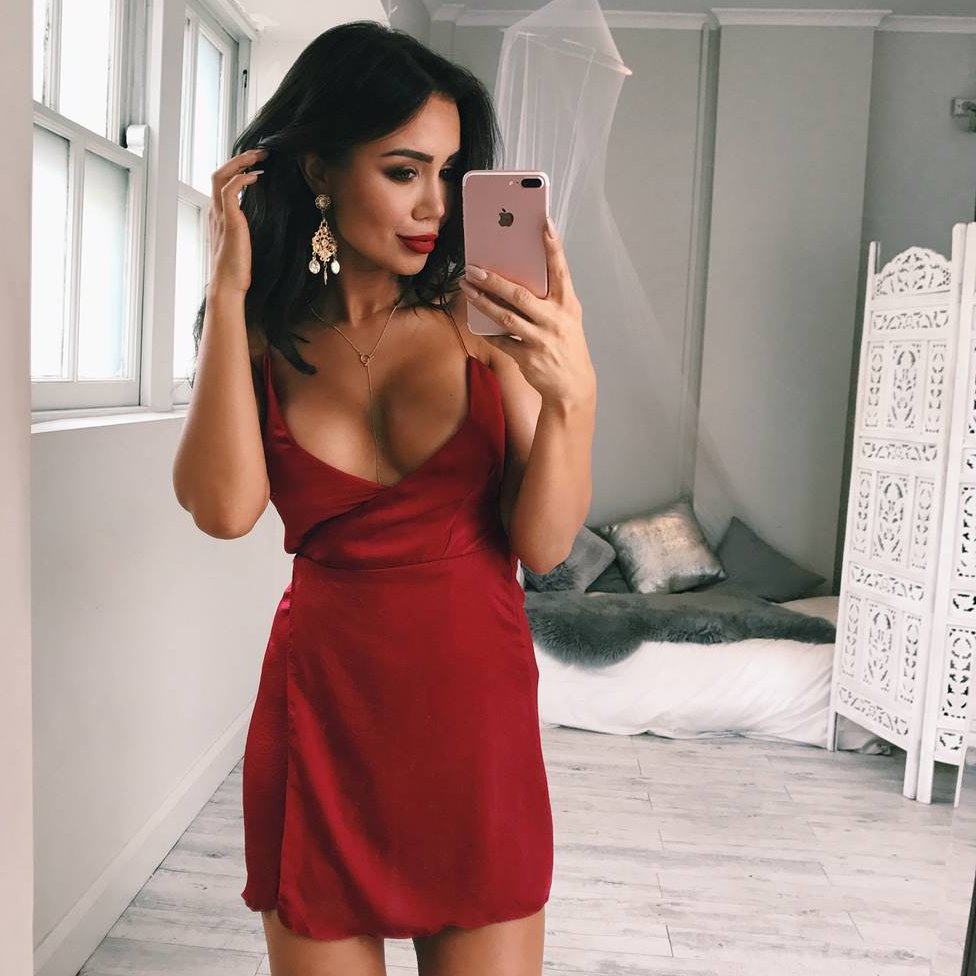 How do I flirt on Snapchat? Easy! Very similar to Insta and text flirting, except a few little nuances. As long as you follow these simple 7 flirting tips for Snapchat, you are golden.

1. Make Sure You do Not Look at Yourself, but into the Camera when Making a Flirty Snap

This crucial mistake of looking into your own eyes while taking a selfie appears narcissistic. You might not even realize you're doing it! So, the next time you take a snap, make sure your eyes are focused on the lens of your camera, which is into the eyes of your crush. It should look as if you're looking at your crush in person.

2. Keep Your Phone out of the Frame for the Best Flirting Snap

You're taking a selfie for someone else, and it should look like someone else is taking the photo. Avoid taking photos in the mirror with your phone visible at all costs.

3. Use Your Best Angles and Show Some Skin, but Not Too Much of It

All good selfie photographers know their best angles. This could mean learning how to take photos with your non-dominant hand. If you're not sure about what your best angle is, it's simple--a photo angled down is the most flattering for women. Slightly tilt your chin to one side, and you're basically a pro. Remember to not reveal too much of yourself. You can take photos just of your face and still be playful and flirty. As the saying goes: leave something to imagination, so be sure to not reveal too much of yourself and don't share something with someone that you wouldn't want to be seen by other people.

4. Avoid Screenshoting Snaps when Flirting with Him - Can Be a Turn off

This can be a major turn off. Snapchat alerts the person when someone screenshots their photos. This can feel violating in an app where the whole point is to have a fleeting convo. If you feel your relationship has reached that level, ask to see the photo for 10 seconds.

5. Making It Obvious to Him That the Snap Was Meant for Him Only

This might be an obvious one, but it can be confusing to some. With Snapchat, you're able to send one photo to multiple people, so be sure to make it clear that the snaps you're sending are exclusive and just for them, not multiple guys. You can do this either through a caption or text chat in a smooth, non-obvious way so they know you're flirting with just them.

6. Don't Post a Snap to Your Story While Sending the Same Snap Privately to Him

This is one rule you shouldn't break--it's like sending the same snap twice, which just feels super impersonal. If they're friends with you on Snapchat, they'll already see that snap later in your story. If you choose to be public about your feelings, you can flirt just on your story. Your story can be used to show your crush and the rest of your friends that you're interested in someone special. This can mean adding something to your story that only they would get, like an inside joke. Encrypted messages definitely add spice to your flirting game!

7. Use Chat for Flirty Fun Messages Only, Not for Lengthy Things Related to Studying, Work Etc. Those Are Done Best in Private or in Texts

Chat is there for quick, flirty messages, or even just simply to send an emoji--everyone knows emojis can tell stories all on their own. Chat isn't meant to be a place to have a full conversation. If it's getting too wordy, take the initiative and ask to take the convo to your favorite coffee shop in person. If this is too big of a step, use the video or phone feature on Snapchat. This lets your crush know you want to see them without being too forward. When doing so, make sure you have an idea of what you're going to say and not just ask what they're up to, which could quickly kill the convo. Have clever flirting points lined up to give yourself the confidence boost you need.

Which other flirting tricks do you use on Snapchat? Let us know in the comments!