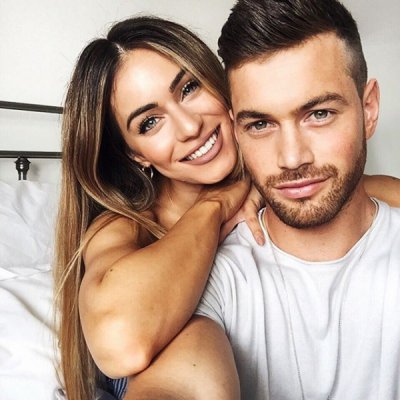 Being in a relationship with someone is such a great experience❤️. Besides being emotionally connected with them, you get the chance to have a physical connection as well. If you’ve been thinking about things and want to take them to the next level, how do you go about it? Bringing up sex seems like it should be easy, especially to your boyfriend, but it can be intimidating. We have some tips on how you can approach it if you’re a little unsure.

We’re starting at the very beginning here, because we don’t want to leave this out. Surely, you’ve thought about sex, otherwise you wouldn’t be reading this. But it’s always good to go over the reasons why you want to do it. Make sure you’re 100% ready for it, and not thinking about it because you feel pressured. As long as you’re doing it for you, then you’re on the right track!

2. Bring It up in Person

The sex conversation doesn’t have to be a huge deal, and you can make it casual, but we also think bringing it up in person is the best bet for the first time. It can be hard to gauge a person’s reactions over text, and you can pay attention to his facial expressions if he is right in front of you. It gets the conversation moving quicker and makes it a priority.

3. Have a Birth Control Plan in Mind

Obviously you will want to discuss birth control and safe sex with your boyfriend when you bring it up, but it’s good to have an idea in mind 💭 before you talk to him. Research what options you think might be best for you and be open minded to hearing what he has to say. Just remember that if he respects and loves you, he will respect whatever kind of route you want to take and won’t argue with you against being safe.

If the thought of talking about sex freaks you out, then take a step back and breathe. Remember that sex is a natural part of life and that everyone thinks about it at some point. We’re sure that it’s at least crossed his mind. So go into your talk confident and knowing that regardless of what he says, he’ll respect your honesty! It’s important to have that openness as a couple.

Life has its share of awkward moments in any given situation. While bringing up sex to your boyfriend may seem a little that way, just remember that things really aren’t as bad as they seem. I can’t count the number of awkward moments that I’ve had, but I embrace them. Nobody really thinks about or remembers them (and if they do, they become great stories later on). Being able to laugh in those moments is key.

6. Be Completely Open and Honest

If you start the conversation about sex with him but hold back on some things you want to say, then it’s not completely worth it. This is your chance to really be clear about what sex means to you, what you’re looking for, and where you see your relationship. It’s always good to be on the same page and being able to say what you want is important. If it’s your first time, you can talk about concerns you might have, or if you both have some experience, you can even talk about what styles you prefer. It’s a great time to be transparent.

Above all else, respect what he has to say and what he wants. If your boyfriend came to you about the same thing, you would want to be heard. So make sure you have your listening ears on and really take to heart everything he has to tell you. If he’s not ready and you are, then you need to respect that. If you really love him, then you can reassure him and wait for him😘

These are just a few ways that we think help when it comes to having a talk about sex with your boyfriend. Of course there are tons of different ways to talk about it, so doing what works for you is always key.