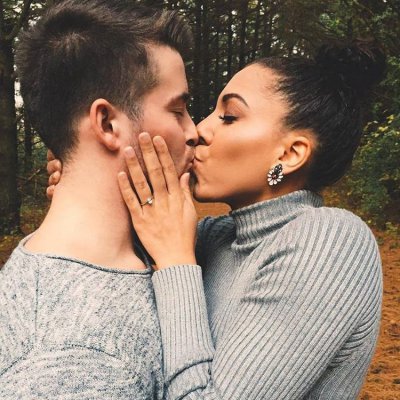 People aren’t perfect. If you said you’ve never told a lie, well… you’d be lying. 💁 But it can get to a point where it’s hard to tell if someone is telling the truth or faking you out. That’s when it can impact a relationship and have you totally stressed. I’ve dealt with honest guys who have lied to me on occasion. But then there are the flat out fibbers. There’s ways to deal with these guys who are constantly full of crap. Here’s some.

This is the most upfront approach, but sometimes, it’s the only way to deal with guys who constantly are lying. It’s frustrating. So state the obvious. Call him out 🗣.It most likely will surprise him and there’s no way he’ll be able to deny it. He also might alter his behavior and cut the crap, because he knows you’ll catch it.

2. Don’t Play into His Behavior

It can be kind of funny to be dramatic with a compulsive liar, but reacting in this way can only encourage them to keep up with what they’re doing. Instead, ignore it and don’t give him the time of day. If he’s doing it for attention, he’ll cool it.

3. Talk to Him about the Reason He’s Lying

Sometimes there actually is a reason a guy might be lying (and it could be more personal). Maybe he feels the need to get approval from other people or attention. Sitting down and talking with him to try to understand why he does it might get him to open up to you. This can help you solve the problem together.

4. Explain How It Makes You Feel

It should be obvious to anyone that being lied to isn’t fun, but maybe your guy doesn’t realize the consequences of his actions. Taking the time to express your feelings about this can help him be accountable and considerate. If not, then say bye to the guy – he should care about if he’s hurting you.

A less upfront approach than confrontation is to challenge him. If you know he’s lying, then start prying and asking him for details. Question him until he gets annoyed and gives up on lying. He’ll probably get tired of inventing stories and information.

We’re not saying you have to deal with this guy’s sh..t. But if you care about him and this just seems to be a problem he has, then you can consider helping him through it. We all have our struggles, and having your support could really get him to turn things around. Encourage him and look past his insecurities.

This kind of goes along with wanting to help your man (and talking to him) but reassuring him that you don’t expect him to lie to impress you is always a good start. Sometimes people need to be told and convinced that they are worth being with. You can never tell someone that you care about them enough.

These are just a few ways that can help you when dealing with a guy who seems to always be full of sh...t.💩 We say try our best to be understanding, but don’t put up with crap for too long either. There’s definitely a time when it gets to be too much, so gauge your situation and do what’s best for you, girl!