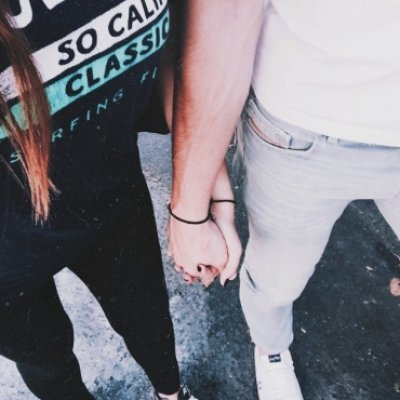 You might've kicked your cheating boyfriend to the curb and want to make a relationship with someone new work, even though you have leftover trust issues. Or maybe you've decided you love your disloyal boyfriend too much to end things and are trying to work through your issues. Either way, there are ways you can learn to trust again after being cheated on. Here are a few techniques to use:

Your imagination will run wild if your boyfriend won't return your texts, of if his car isn't in his driveway when it should be. That's why you should always tell each other what your plans for the day are. Explain where you're going and who you'll be with, just like a child would do with a parent. That way, you'll feel like you're in the loop and you'll stop daydreaming about him running around with other women.

2. Be Blunt about What Makes You Uncomfortable

If your partner really wants your relationship to work, they'll do whatever they can to make you feel safe. That's why you should be honest with them about what makes you feel uncomfortable. If you're not happy about their friendship with an ex, tell them. You'll either work through the problem or end the relationship, but either way you'll be happier.

It's unhealthy to snoop through your partner's phone when they leave the room. However, it's also unhealthy to have a lock on your phone to prevent your partner from looking at it. The best thing to do is make an agreement that you can look at each other's phone or computer whenever you'd like. That way, you'll both feel like you have nothing to hide. Besides, the temptation to look will go away once you're actually given permission to do it.

Don't become so paranoid that you get scared whenever your man looks at another woman. You look at men all the time, but does that mean you want to cheat? The next time your man does something small that makes you question his loyalty to you, ask yourself if you've done the same thing before you start a fight.

The more time you spend with your partner one-on-one, the more you'll grow to trust them. Once you see how much fun you're having together, and realize that they don't want anyone else but you, then it'll be easier for you to trust them.

6. Move past Your Doubts

Cheating is a major crime against the heart. It takes time to heal from such a big injustice, which is why you should be patient with yourself. It's normal for you to wonder if your man is doing you wrong. However, if you truly love him and know he will never hurt you like you've been hurt in the past, you'll move past the doubts that you have about him and make the relationship work.

7. A Different Person is a Fresh Start

The cold hard truth is that most relationships fall apart after someone cheats. If you have a hard time trusting your boyfriend after he sleeps with someone else, you might have an easier time trusting someone new in a different relationship. Sure, cheating can scar you, which means that you might still be insecure in a new relationship. However, you can remind yourself that your ex was the one who hurt you, not your current partner. You can't take out your frustration on someone who'.

Anyone who cheats on someone as amazing as you doesn't know what they're missing. Have you ever been cheated on? What have you done to start trusting again?