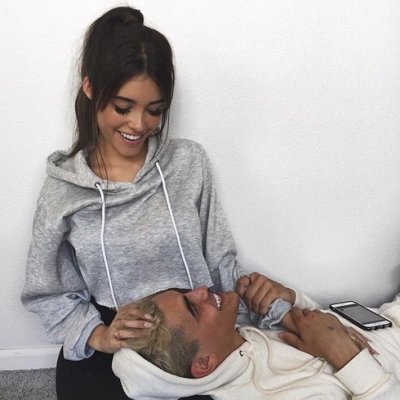 Today's dating scene is brutal. Whether you meet people through dating apps, online, or in person, things are getting pretty serious. We live in an age where some men react negatively to rejection, even when it's polite and respectful. Women and girls who turn down dates are, at best, told that they're fat and ugly anyway. At worst, they are threatened with humiliation, rape, and death. Not all men are like this, by any means – nobody thinks that all men behave that way – but I would wager that every woman has been insulted or threatened for turning down a date. Especially on dating apps, if you ignore someone you're not interested in, you're abused. If you say “no thanks” or that it isn't a good match, you get abused. So what's the right way to turn down a guy when you're not into him? I don't think there is a right way, given that they're all so divisive, but here are some suggestions.

2 Try the Gentle Approach and Tell Him That It's Not Him, It's You

If you're going for a low-key, gentle approach, this is a tried and true line.

3 Kindly Explain That You're Just Not into Him like That

You can always be nice while explaining that you're not into someone.

This puts the focus on you and your feelings, in the hopes that the man you turn down won't get it twisted.

5 Become as Unavailable as Possible

In some instances, ghosting is the only thing you can do.

6 Tell Him You're Not Ready for a Relationship

Hopefully, this won't devolve into a request for a friends with benefits relationship.

7 Or Tell Him You Already Have a Boyfriend

8 Or Tell Him You're Married

Again, it might be true, but you might have to lie – bear in mind that some men aren't put off by the presence of a partner, while other men tend to respect this because, to them, you're already the property of someone else. Which … ugh.

9 If You're Not into Dudes, Just Say so

Unfortunately, this can backfire sometimes and go off in a singularly disgusting direction.

You're under no obligation to come up with millions of excuses.

11 Always Stay on Point and on Subject

Likewise, you don't have to defend your choice with tons of explanations – you don't even owe an explanation beyond saying “no.”

12 Assert Your Right to Choose Whom You Date

Because you do get to choose that, and no one should chastise, cajole, neg, or guilt you into doing anything else.

13 If You Turn Him down in Public, Meet in a Neutral, Crowded Space

Just to be safe.

14 Online or on Apps, Block and Ignore as You See Fit

Especially if things get abusive, you need to shut down that bull crap.

15 Don't Apologize for Saying “no”

You have no reason to apologize because there is no law stating that you have to date someone just because they want you to.

16 Never Act Sad or Disappointed about Turning Him down

Simply because this may lead him to continue trying, and attempting to guilt trip you into changing your mind.

17 Stick to Text if That Seems Safer

Sometimes, text is safer and that's okay – you need to take care of yourself first.

What's the worst experience you've ever had when you turned down a date?