How to Let Him Down with sparing his feelings isn't always easy! Sometimes, guys feel really deep for a girl and sometimes, you don't return those feelings right? Well ladies, below, I've got some of the best humane ways on how to let him down without being mean about it. Letting someone down is never easy, but there are ways that you can learn on how to let him down and how you can do it easily and without trying to upset him!

The first step to learning how to let him down with sparing his feelings is all about being upfront and honest. You never want to lie to get yourself out a situation, it's better overall if you just tell him the truth. Honestly, most guys like that better and will respect you more. It'll also allow them to get over the rejection a little easier!

Chemistry is something that doesn't happen with everyone. There are also different kinds of chemistry out there. If you're feeling a friend chemistry with the guy that you're trying to let down – you could use that. Don't pull the 'let's be friends' card, because everyone hates that, but you can be honest with him about the chemistry that you're feeling. 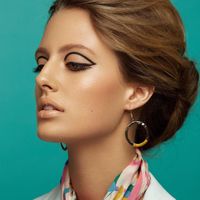 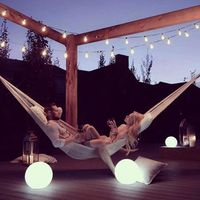 9 Ways to Enjoy Your Summer Nights ...

As you are learning the ins and outs of how to let him down, never do it through text. Texting is okay for short, small little messages and funny quirky quips, but not for a let down. If he asks you out via text and you're not going to go out with him, call him at the very least!

4 Don't Bring up the past

Let's say that you've been in a relationship for a while and you are thinking about how to let him down easily and how to end your relationship for good. One tip ladies – don't bring up the past. It isn't worth the fight and it is one surefire way to make you one of the 'guy' stories that he tells. Just remember, being honest and talking to him about how you feel is best, not throwing around the past you've built together!

Being nice is always better than being mean. Being mean when you are letting a boy down never gets you anywhere and typically, it just hurts his feelings. You don't ever want to be known as the girl that hurts a guy's feelings when he just asks her out do you?

One tip that a girl should never do is lead a guy one. Same for you guys, don't lead girls on. It's a horrible habit to get into and it constantly hurts everyone's feelings! If you are getting feelings of trying to break up with your current boyfriend, don't keep the relationship going just because it's comfortable. Break it off!

We all know that some guys are pretty persistent and just don't know when to quit right? Well ladies, this is where you want to let your firm (not mean!) side come out. Just keep your tone on the stern side and let him know that you're not interested or that you are, absolutely breaking up with him! It'll make all of the difference and he will back off!

8 Do It in Person

Whenever you're trying to let a guy down, it's important to make sure that you do it in person. As I said before, texting is so impersonal and it's just better in person! If you really, really aren't comfortable though, over the phone is okay too, but in person is better.

Is gluten wheat? ...
Is mac and cheese easy to digest ...
Is weetabix good for ibs ...
What is another common use of the food produced by plants? ...
How long after eating does food poisoning show up ...
How to look pretty with makeup ...
What to do when you embarrass yourself in front of your crush ...
How will we prevent food contamination ...
Why money is more important than passion ...
Is popcorn a good weight loss snack ...