10 Insecurities That Turn Men off for Girls Wondering ... 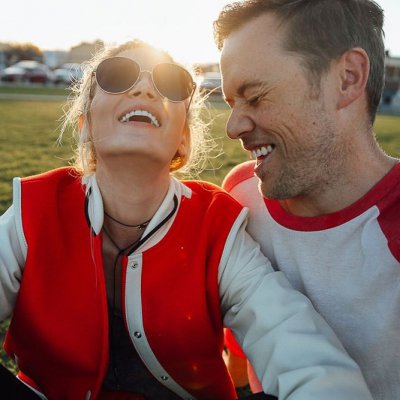 It’s not uncommon for us as girls to be insecure from time to time. In fact, I would say that it’s normal. It’s impossible to feel great 100% of the time, but when insecurities take over your life, it’s bad for both you and your relationships. Confidence is sexy to guys, so if you are constantly letting insecurities get in the way, then they might not be so attracted to you. Here are some of the things that guys tend to look out for 👀 (and stay away from):

There’s nothing wrong with wanting to spend time with your man. But there is a point where wanting to be around him all the time and not allowing him to do some things on his own can be stifling. Sometimes he might want to hang out with his friends for some guy time or just want to have a quiet night to himself, and there’s nothing wrong with that.

2 Pointing out All Your Flaws

Sometimes I look in the mirror and don’t like what I see. I might have a gigantic pimple on my face or maybe I feel super awkward in my skin 😕 Again, this is normal, but you don’t have to constantly talk about what you consider to be your flaws to your guy. Always making comments about how ugly you are or how you don’t like this or that about yourself can be a major turn off for a guy (because they have to deal with their insecurities too).

3 Not Believing His Compliments

This one kind of ties in with the one before it, but when your man compliments you, you shouldn’t argue with him. If he says you look beautiful and you say “No” right back at him, it makes him feel like you don’t believe or trust him. It can be super frustrating to deal with. He wouldn’t say it if he didn’t mean it.

4 Worrying about His Ex (es)

It can be understandable to think about whom your partner was with in the past from time to time. But if you constantly are thinking about it and bringing it up, it’s going to take a major toll on your relationship. Think about it: exes are exes. He is with you. Unless he is constantly talking to her and seeing her still, there really shouldn’t be anything to worry about, so stop bringing it up and show him that you can trust him.

Bashing anyone really isn’t the cool thing to do anymore. It can be tempting to want to bring others down if you’re comparing yourself, but being negative is bad for both you and your relationship. Guys don’t like to hear all of your comments that bring others down. It just makes you both feel bad.

Leave the drama out of your relationship 👋 . If you always want to be the center of attention and feed off of it, try to let it go. This is a way that insecurity can manifest itself, and guys are not attracted by it at all. It makes you seem really petty and self absorbed.

One of the biggest things that turned men off in relationships is when they get accused of off the wall things. Saying crazy things like he only wants to be with you for sex or for his own benefit is a wild suggestion that is completely unnecessary, especially if you’ve been together for a while.

8 Beating around the Bush

I’ll admit that I’m not the best at making decisions some of the time. But I’ve found that not being honest and speaking up can be the source of major frustration in relationships. If you want to go somewhere specific for dinner, don’t be afraid to tell him. If you want to hang out with him, don’t worry that you’re going to bug him. If he likes you, then you’re not bugging him. If anything, it lets you compromise and work on things together.

If you’re in a committed relationship, then you should not be concerned with going through his search history on his computer or scrolling through his phone. Sure, he shouldn’t have anything to hide, but it’s not a necessary thing to do in a relationship and makes it seem like you don’t trust him.

The easiness of texting 📱 and instant messaging makes it seem like people should be replying to you ASAP. But if a guy doesn’t get back to you right after, it shouldn’t be a reason to get upset and mass text him twenty times. Remember that people have lives and don’t expect your man to be glued to his phone 24/7.

These are just a few of the insecurities that can cause frustration in your relationships. Of course, honesty is always the best policy, so don’t be afraid to talk it out and see what the root cause is for why you might do some of these. Try and be confident and know that your guy is with you because he wants to be. And own it. 💏