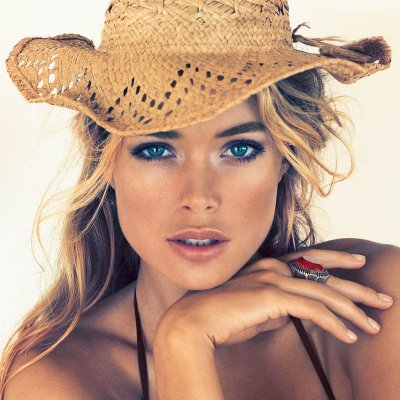 Doutzen Kroes suggests that any woman going on a first date should meet the man for lunch. That way, it's not as formal as dinner, and it's easier to escape if the evening goes poorly. Plus, the bill won't be as large. So try to save dinner and a movie for the second date, when you know the guy a little better.

While Doutzen Kroes thinks that a woman should kiss a guy on the first date if there's enough chemistry, Lindsay Ellingso believes that a woman should wait until at least the third date for any lip action. Anything other than that, according to her, is way too soon to give up the goods.

Taylor Hill believes that one of the most important fashion statements a girl can make is with her underwear. If she's planning on letting a guy see what's below her clothes, everything needs to match. According to her, it's a huge mistake to wear a bra and underwear that clash. You just need to be careful with what you wear beneath your skirts.

Another tip from Taylor Hill is to start getting ready for a date early in the morning, even if you're not meeting the man until night. That way, you can take a shower, paint your nails, and just feel refreshed. The cleaner and cuter you feel, the better the date will go.

If you want to impress your man with some lingerie, Jessica Perez suggests that you should wear lace. She believes that it's very sexy, and who could prove her wrong? The next time you head to the store, make sure to pick up something with a little bit of lace on it.

Don't underestimate the importance of perfume. Constance Jablonski suggests that you buy a great smelling one and just dab a tiny bit behind your ears. That way, when someone goes in for a hug or kiss, they'll get a small taste of your beautiful scent. It's better to be discreet than obvious, of course.

You don't have to go crazy with your makeup, but you should definitely wear some. Bregje Heinen claims that she wears balm on her cheeks in order to make them look brighter. Meanwhile, Doutzen Kroes says that curling her lashes makes a world of a difference. She claims that it makes her look a million times better, even without using mascara. So just find the makeup that's right for you and use it to your heart's content.

Victoria Secret models are just like us, except they have a little bit more money and a lot more admirers. Other than that, they're regular women who deal with the same issues that you do, so you shouldn't look at them like they're some foreign creatures. Who's your favorite Victoria Secret model to watch walk down the runway?