Ways to Cope when Your Man is Acting a Million Miles Away ... 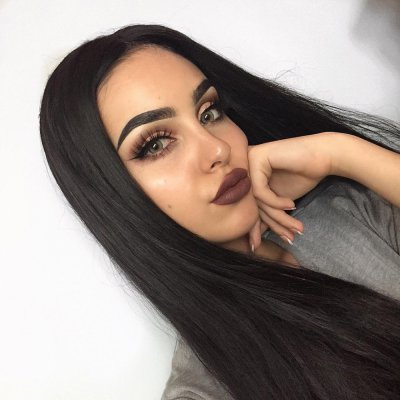 Has he been acting distant recently? Sometimes it can be hard to know what to do in this situation, but here's a few helpful tips on how you should approach it.

People get busy, it's a fact of life. And even when we're available to hang out and do something fun, our other half may not be. So if he seems quite distant, it's important to understand that there might be a completely logical and fair explanation as to why, such as that he's got a hectic schedule at the moment or is busy with his own matters.

Even though you're very important too, he might be trying to prioritise, which is completely understandable in situations where he might be a bit behind and needs to get back on top of things before he can do anything else.

If he seems distant on a regular basis, it might be time to explore any possible reasons for this. Which one of you initiates contact more often than not? How often do you hear from him as well as see him in person?

If you're going to confront him, make sure you do so in a direct but gentle way. Direct confrontation is best because it gets your question across crystal clear (eliminating any room for misunderstandings or confusion) and a gentle manner is a non-threatening approach which will ensure he doesn't feel like he's being ambushed. This approach, using these two tactical ways, means you're more likely to get an honest answer from him than if you had approached him any other way.

3 Check up on Him

Take a moment to send him a text, give him a call or ask him in person if everything is okay. Sometimes we go through difficult situations and tend to deal with it ourselves because we don't want to involve anyone else in our problems. If you choose not to check up on him, chances are he's going to continue to go through this difficult situation alone...but he needs to know that you're there to support him as you two go through thick and thin together.

Asking if he's okay seems like a small thing to do, but you'd be surprised that it can do a world of good, as well as meaning more to him than you will ever know. It reminds him of how much you care and that you're there to listen (and even help) whenever he's ready to tell you.

4 Make Time for Yourself

Instead of spending your time constantly worrying about him and the state of your relationship, you should put this thought on hold and use it to make time for yourself. There's always going to be times of space and distance in every relationship, that's inevitable, but it's what we do in these times that makes all the difference.

Make sure you give him plenty of space and room to breathe, knowing that there's no extra pressure coming from you. Chances are, he knows you're important and you'll return to being his first priority when he has the luxury of flexibility.

6 See It a Positive Way

Relationships are time-consuming and require a lot of energy, attention and effort by both people, so it's important to balance it out with taking care of yourself in those inevitable times of space and distance. Remember that space and distance is nothing to be worried or concerned about, it's completely normal and natural and like it or not, it's an important part of every relationship.

No matter how distant he's behaving, you must always remember to take care of yourself. This means having limits, standards and protecting yourself from getting hurt when necessary. It can be tricky to find the balance between vulnerability and self-protection, giving and taking, but it's ultimately up to you to explore that for yourself to find a healthy balance.

Sure, you might feel as though you've done something wrong to make him act this way, but it could be a world of other stuff too! Instead of feeling like it's you and shutting him out from your life, try some other options on this list first. You know what they say about assuming....

Instead of trying to avoid him during his crisis or assuming he doesn't need you, make a special date night for the two of you to help get his mind off things. Maybe he just needs a chance to relax and unwind without all the outside stresses. At any rate, it might just let him see you're there for him and he might open up so you can help.

If you want things to change, maybe you need to change. If you're throwing all your burdens on him but not allowing him to reciprocate-stop. If coming home to you is adding fuel to his stress fire-girl stop! Be the positive in his world so he will come to you instead of moving away from you.

What do you think? Do any of these sound like things you'd try with your man? Are you ready to throw in the towel and quit?