Is He Good Enough for You? Date Etiquette a Real Gentleman Should Always Follow ... 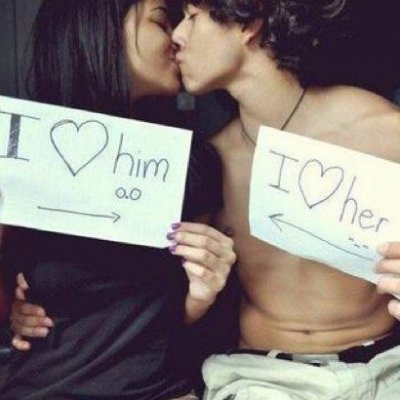 It's not cocky to expect your man to treat you a certain way. He needs to show you that he values your time and appreciates your willingness to go out with him. If he doesn't, then you shouldn't waste your time with him. If a man doesn't follow this date etiquette, he doesn't deserve to have you:

1 Keeping up with the Clock

You don't want to show up at Applebees an hour before he does and be forced to wait around until he decides to show his face. If you two agree to meet somewhere at a specific time, you owe it to each other to be on time. Haven't you ever heard that "if you're not five minutes early, you're late"? If he really likes you, he won't want to wait a second longer to see you than he has to.

A key component to a great date is making sure your date survives through the night. The world is a scary place, so your boyfriend should always make sure that you get home safe. If he drives you home, then he should walk you to the door, or at least stay in the driveway until he sees you open the door and actually enter the house. If you drove separately, then he should send you a text making sure you got home okay.

3 Opening up Doors for You

Your man doesn't have to pull out your chair for you and run around to the passenger side of the car to open the door for you. However, when you're walking into Friendlys, he should do you the courtesy of opening and holding that door for you. If he never takes the opportunity to treat you like a princess, don't bother to look at him like a prince.

A real man will listen to you when you talk. Even if he had the absolute worse week of work, he won't take up all of your time by complaining about it. He'll say his piece, then allow you to talk about your life. If it's always about him, you shouldn't stick around for long.

He doesn't actually have to pay for you, since it's the twenty-first century and all, but he should at least make the offer. Unless you've already spoken about your financial situations, he shouldn't assume that you're going to pay for him. Even assuming that you'll split the bill is a bit rude, especially if he was the one to ask you out to dinner.

6 Dressing Better than Ever

You don't want your man showing up to a fancy restaurant in a wife-beater and shorts. You want him to show some sort of effort, even if that only means that he put on deodorant that day. If he doesn't dress any differently for you than he does for the beach, there's a problem.

7 Calling for a Followup

If he's a real gentleman who really likes you, he won't hesitate to call you to ask for another date. If he goes MIA for three weeks, don't accept his eventual offer to visit his apartment for a Disney marathon. He lost his chance.

If a guy values you, he won't hesitate to do all of these things and much, much more. What else do you expect a man to do when he takes you out on a date?