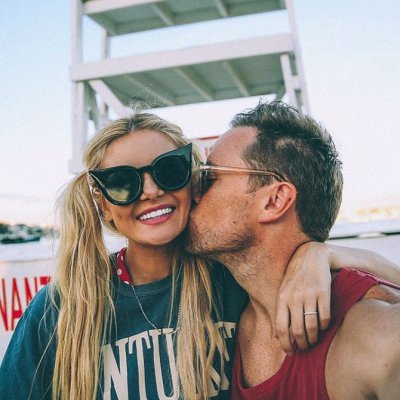 You expect your boyfriend to only have eyes for you. But you might have a funny feeling that he's not over his ex. Your boyfriend isn’t likely to admit he’s still thinking about his ex girlfriend. However, little signs can help you assess if he is, or isn't over her.

If your boyfriend mentions his ex-girlfriend's name once in a blue moon, there’s probably nothing to worry about. But if her name starts coming up more and more, he might secretly have feelings for her. This means that she's on his mind. Most people only think about those they care about.

2. He Hates Her with a Passion

If he’s strongly passionate about how much he hates or dislikes her, and constantly talks about the bad things she did in the relationship, he hasn’t emotionally moved on from the break up. One sign of getting over an ex is being able to let go and put the past behind him.

If your boyfriend compares you to his ex and you come out on top, you probably don’t have a reason to worry. On the other hand, if these comparisons make her look good, and he’s bringing attention to what you don’t do, he might be trying to mold you into his ex.

4. He Hasn't Given Back Her Stuff

Another sign that your boyfriend might not be over his ex: he’s still holding onto memories of the relationship. He might keep pictures of his ex or gifts she's given hime. Keeping a gift might not be a big deal, but he could be holding onto this stuff just in case they reconcile and get back together.

5. There’s a Lot of Communication

Your boyfriend giving his ex-girlfriend a birthday shout out on Facebook can be innocent. But if the communication is frequent, be suspicious. Your boyfriend might say she's one of his best friends. But if you feel that they're spending way too much time together, or if they frequently talk via social media or through text messaging, he might not be completely over his ex.

6. They Recently Broke up

It takes time to get over a break up. So if you’re in a new relationship with a guy who recently broke up with his girlfriend a few days or weeks ago, chances are he's not completely over her. In this case, you might be the rebound relationship. And if he still has strong feelings for her, there's a chance that they'll get back together.

7. You Have a Gut Feeling

The fact that your boyfriend communicates with his ex or holds onto a memory of the relationship doesn't always mean he's thinking about her. At the end of the day, you have to go with your gut feeling. If you believe he still has romantic feelings for her, then he probably does.

If you suspect that your boyfriend isn’t over his ex, don't immediately break off the relationship. Talk with him and share your suspicions. He might come clean or he might deny having feelings for her. After talking about the situation, you have to do what you feel is best for you — even if it’s breaking up.

What are other signs that a boyfriend isn't over his ex?