Legitimately Good Reasons to Get Back with an Ex for Girls Debating It ... 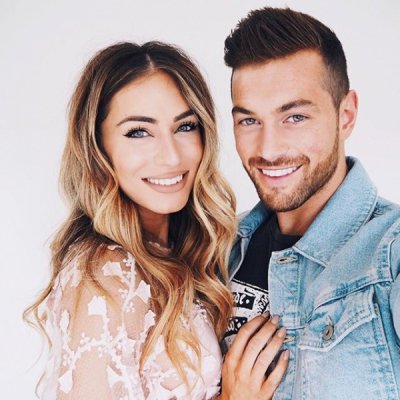 We often hear an overwhelming amount of advice on moving on after an ex but what if you’re contemplating taking him or her back? In most instances, you broke up for a reason so there aren’t many good justifications for looking back. However, there are always exceptions and there will be times when there will be a good reason or two to get back with an ex. If you’re thinking about getting back with an ex and wonder if it’s for the right reasons, keep on reading!

1 The Timing Was Bad

Sometimes we cross paths with people but the timing is just off. Maybe you’re in the middle of a major move, family issues, or perhaps you just didn’t want to be in a serious relationship at the time. Maybe the timing was bad on his end. Depending on the issue that caused the rift, attempting the relationship at a different time could work out in your favor. If your circumstances have changed or you now feel like you’re ready to pursue something more serious, give it some thought first and talk it over with him!

2 Your Friends Are Still Friends with Him

Clearly, this is about you and him and it’s your relationship. But, if your girlfriends are still friends with him and think he’s a good guy, this could be a reason to ditch your policy to never take back an ex. Think about it like this, your friends wouldn’t stay friends with someone who’s clearly bad news for you and treated you like trash. They might be seeing something you missed, don’t dismiss him too quickly.

3 You’re Both Miserable without One Another

It’s natural to feel sad after a breakup but if you’ve spent some time apart and you’re both miserable without one another, why torture yourselves any longer?! We’re not talking just a couple of days broken up here. Give it a couple of weeks or so and see how you feel. Most times, having such strong feelings probably means you aren’t over each other and it’s probably worth another try.

4 You Were Distracted when You Met

Were you dating someone else or right out of another relationship when you met him? It’s a bad idea to go from one relationship to another so you were right to not pursue a relationship right out the gate. If time has passed and you feel ready to begin a new relationship with this person and you’re still just as interested, go for it! You could have just been emotionally distracted at the time but now you’re ready to give it 100%.

5 You Gained New Perspective after Breaking up

Breakups suck but they can offer a new perspective. Sometimes we need to physically and emotionally step away from a relationship to see if it’s something we really want. Maybe you thought another guy or some other change would make you happy but after taking a break you realized you were happy with your ex all along. Occasionally we crave something new or different but we end up realizing we already had what we wanted.

6 The Problem Has Passed

If the reason behind the breakup was a problem that has passed or has since been fixed, by all means, try it again! There are problems that arise in relationships that are totally fixable such as your guy’s crazy work schedule has changed, you moved closer to one another, or maybe one of you got a car and can now travel to see one another. Once the issue that kept the two of you apart has resolved, there’s no reason not to give it another go.

Whether you’re older and wiser or you realized the grass wasn’t greener on the other side, once you come to terms with those feelings, you can get back together without reservations. We all make mistakes and sometimes we think we know what’s best but it turned out to not be the case at all! You might have a lot of explaining to do but this is a legit good reason to try again with an ex.s

Did any of these circumstances apply to you and your ex? Talk it over with him or her and we wish you both the best of luck! Do you have any words of advice for fellow readers? We’d love to hear it!