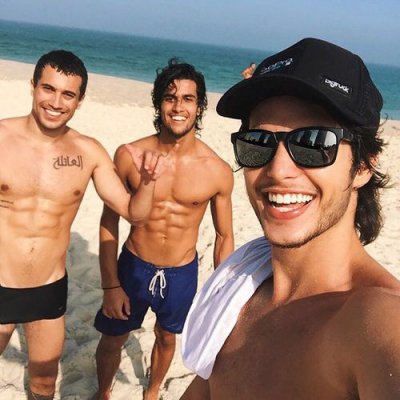 While we girls may be guilty of telling a white lie or two, we don't often tell tales about our anatomy, but for some reason, men tend to tell a few whoppers about whatever's below their waistband. Have you ever caught anyone in any of these lies? Let's have a look.

For some reason, I heard Donald Trump's voice saying those words... and with the debate over the size of his manly bits, we've got this lie all undone. I don't see why they bother with this one; won't we find out eventually anyway?

2. It's Never Been Measured

He may say he's never tried to measure his manhood, but truthfully, most men have, at least once (this week). Hey, I admit, I'd probably be curious too.

Come on, now. Sexting is pretty common, so if your man tells you he's never sent a dick pic before, he may not be telling the total truth.

If he's pretty furry everywhere else, but his manly parts are smooth and hairless, he's probably trimmed up, at least a little.

Stress, among other things, can cause occasional ... let's say "softness." Even a guy with the world's biggest drive will be let down once in a while, and that's okay.

6. It's Always Had That "birthmark"

Did he just try to tell you that obvious rash is just a birthmark he's always had, and that you've just never noticed? Send him to the doctor, and get that mess (and his story) cleaned up.

7. It's Never Been Lonely

We need feminism for this reason alone: why do some men feel it's more masculine to brag/exaggerate about how many thousands of women they've slept with? Especially while we women may feel pressured to lie and make the number lower?

Can you think of any other tall (or tiny) tales you've been told? I'd love to hear them!