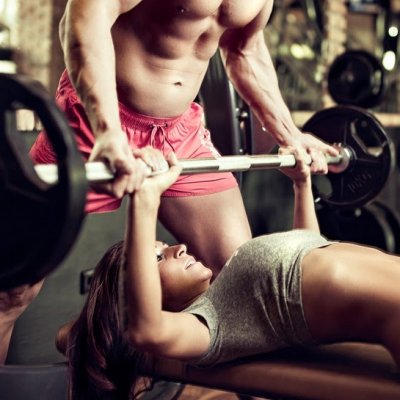 Your partner doesn't have to be a manly man with huge muscles and facial hair, but he should have a few important masculine traits. If he does, then you'll feel safe and satisfied. Here are a few of the sexiest, traditionally masculine traits you should look for in a partner:

When you fall asleep next to your partner, you want to feel safe. If there's a bump in the night, you want to feel like your partner could protect you from any burglar or monster that storms into the room. Your boyfriend doesn't have to be the most muscular man around, but he does have to provide you with a sense of security.

As much as you love lounging around watching Netflix all day, you don't want to date a couch potato who refuses to leave the house. It's fine to sit around every once in a while, but if he's too lazy to go for a walk with you or too weak to carry you over the threshold on your wedding day, there's going to be a problem. It's important to be active.

When you take him bowling with your buddies, you don't want him to be so competitive that he can't enjoy the outing. However, it's good for him to be competitive when it comes to work, because it'll push him to do his very best so he can get a promotion. You want to be with someone who has potential, don't you?

You need to be with someone who can take a joke. If he bursts into tears whenever you tease him about his shoes, then the relationship won't last long. You need to find someone who is able to brush off any insults he receives instead of freaking out over them or starting a huge fight. It doesn't mean that he should be a pushover. It just means that he should know when to pick his battles.

You don't need a man to pay for all of your meals, because you can take care of yourself. However, you do want to find someone who could provide for you if he needed to. That means that you want a guy with a decent job who is good with his money and doesn't waste it on junk he doesn't really need.

You want to be with a man who you can depend on. If you two get stranded on the side of the road, he should be able to fix your car without having to call AAA. If you're going to be home late and need him to make dinner, he should be able to whip something up for you without burning the house down. The handier he is, the hotter he is.

Confidence is sexy, so it's always nice to be with a man who radiates it. That way, you won't feel obliged to constantly remind him of how great he is. Any compliments you give him will be because you really mean them, and not because you feel like you need to say them in order to make him feel better.

Your partner doesn't have to be manly man, but you'll be a happier couple if he has some of these traits. In fact, he'd probably be happy if you had these traits as well. Does your boyfriend have any or all of these qualities?