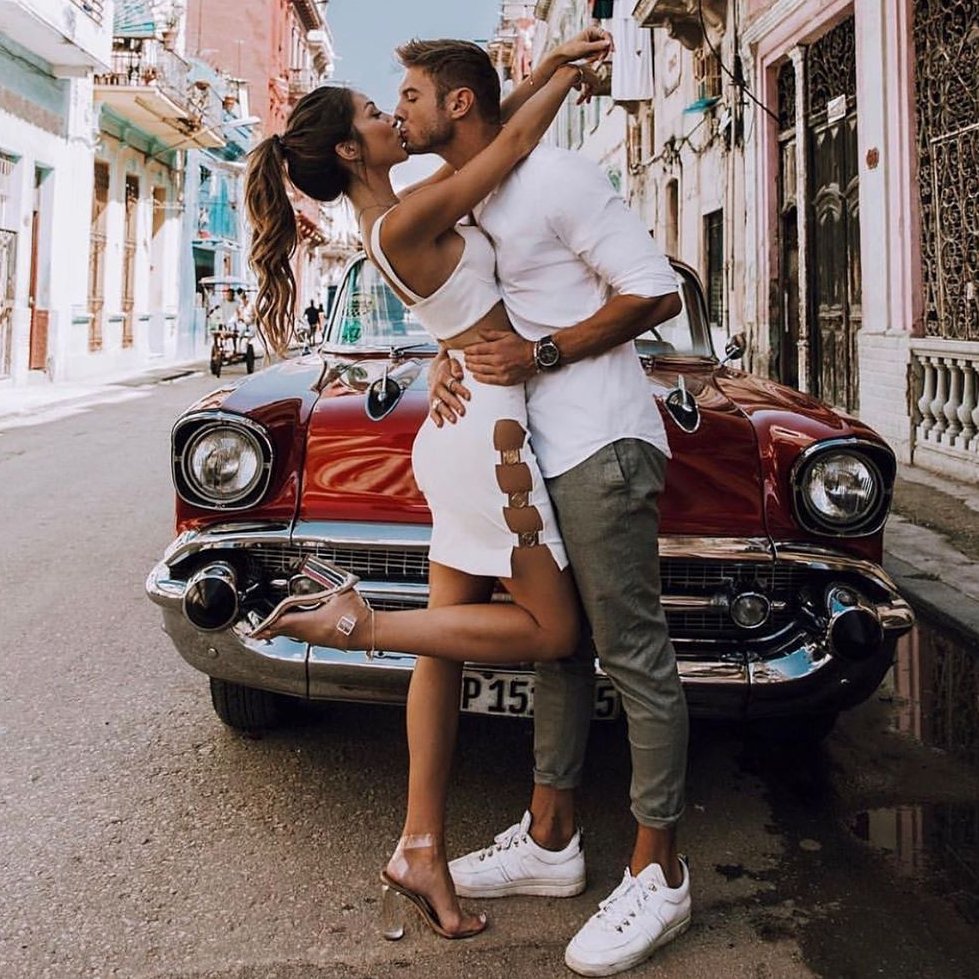 Him: Something is wrong with my cell phone.
You: Oh really? What happened?
Him: It’s just that… your number's not in it.
Admit it ladies, who would want to be asked the traditional question of, "Hey, can I get your number?" when you can use this pick-up line as an icebreaker. Not only is it clever but also funny! That's why it's one of my favorite hilarious pick up lines.

Him: If a fat man puts you in a bag at night, don’t worry I told Santa I wanted you for Christmas.

Although this line is not as realistic to use on daily basis, it’s a good conversation starter. It’s not too cheesy and not too direct, a good balance that can potentially prove the line to be effective and change the course of you holiday plans!

Him: Are you a parking ticket? Because you’ve got FINE written all over you.
Some of us might steer clear of a guy who would approach us with this line, but others might appreciate the originality of the guy. If delivered with enough of charm, the ice can be considered broken!

Him: Do you believe in love at first sight, or should I walk by again?
Yes, this might be a little too cheesy for some of us but there is nothing wrong with having extra cheddar on the side. Although it might not serve its intended purpose, it’s bound to get your attention!

5. The Sparkle in You Eyes

Him: Excuse me, I think you have something in your eye.
You: (blink, blink)
Him: Nope, it’s just a sparkle.
This line has a good balance between cute and cheesy. It would make you laugh and if delivered the right way, you wouldn’t even notice how you are falling for it!

Him: Your hand looks heavy. Let me hold it for you.
Although this line might come off offensive if you think too much into it, it’s actually a nice gesture. Again the whole purpose of it is to grab your attention and not to instantaneously make you fall for him!

Him: If you were a hamburger at McDonalds, you would be McGorgeous!
Yes, he might be comparing you to a hamburger, but he is also giving you a compliment. He is also hoping that you know how to laugh at yourself, so take it in the spirit it is intended!

Him: No wonder the sky is grey today, all the blue is in your eyes.
Some may think that this line is overrated but it is a compliment, and who doesn’t love a good compliment? It’s true that using flattery is the best way to get your way!

Him: Kiss me if I’m wrong, but dinosaurs still exist, right?
As silly as it may sound, there is a possibility some women would fall for it because it is so blunt. It gets your attention and that is one step closer to your heart!

Him: You can't be a bad girl because you've got good written all over you.

Alright, while I don't want a guy to call me a bad girl, or try to make things dirty, I do think this is cute because it's implying you're too good to be bad.

Him: I'm not drunk, I'm just intoxicated with you

This could be considered cute because many times we assume a guy is drunk when he hits on us. This shows us that he might just be a little flirty, even if it is awkward!

Him: Are you religious? Because you're the answer to all my prayers!

Simple, cute and effective. It's also one of the oldest in the book ,which makes it charming.

Him: If beauty were time, you'd be my eternity.

Never heard this one before, which makes it kind of creative. Plus, every woman likes to hear they are beautiful, even if it is super cheesy!

Him: If I were a stoplight, I'd turn red everytime you passed by, just so I could stare at you a bit longer.

Creative, flattering and not dirty. I can get around that it's cheesy for all those benefits.

Him: Are you an interior decorator? Because when I saw you, everything in the room became beautiful.

I don't know a woman in the world that wouldn't smile if she heard this, even if she was just laughing at him!

Him: If I had a nickel for every time I saw someone as beautiful as you, I'd have nothing but 5 whole cents.

This is a cute remark, because you assume he'll say the opposite at the beginning of the line as if he's seen tons of women, yet he says the opposite. Sure, he's probably lying, but the gesture is still humorous.

Him: I'm sorry to bother you, but you owe me a drink. When I saw you, I dropped mine all over me.

I personally don't want a guy to think I'll buy him a drink or that I owe him anything, but this at least makes for a good laugh. Even though it probably wouldn't work, I'd still be nice and introduce myself.

Him: Do you have a Band-aid? I just fell in love when I saw you and scraped my knee.

Old-school, child-like, and a total classic. I'll take this over a crude pick-up line anyday!

Him: I wanna live as your socks so I can walk with you every step of the way.

Super-cheesy, geeky, and somehow creative? I doubt I'd think a guy who said this was sexy, but he would also seem harmless too!

Him: If I had a star for every time you made me smile, I'd have a whole galaxy in the palm of my hand.

This comment is just somehow cute, in an odd sort of way, right?

Him: You look cold; maybe you should use me as a blanket.

Kind of creepy, but still possibly harmless, this could be an effective gesture if you actually really do look like you're cold.

Him: Do you have a map? I seem to have gotten lost in your eyes.

A woman who hears this will likely smile, and that's always a key breaking point in getting her number. Guys use this trick to get their foot in the door, and usually, it actually does work.

Him: Are you from Tennessee? Because you're the only ten I know I see!

I remember hearing this in the first grade by guys. It was cute then, and outdated now, but somehow, still harmless.

Him: You're likely to go to prison for being such a good thief, because you stole my heart from across the room!

This pickup line is one I've never heard, but I can't imagine taking offense to. Any guy willing to be confident enough to say something so cheesy must at least have a good sense of humor.

Well, if you're really in need of $100, here you go! Cute, charming, smart and letting you be in control. Though I doubt you'll make money bets with a guy you don't know, it's still a harmless pickup line compared to many I've heard.

All of these lines have something in common: they all can be considered funny and entertaining. It’s also the reason why they can be considered effective. Which pick-up line would you fall for if it were delivered the right way? Share in the comments!