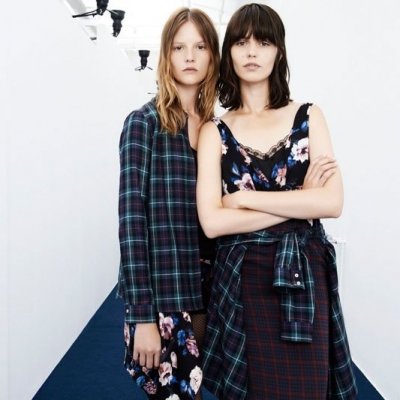 Have you heard of the new dating rules? When it comes to dating and relationships, there are a lot of things that you are just supposed to know. Whether it’s learning from experience, getting advice from friends and family or reading on AWS, there is plenty that you’re supposed to know – so here’s the best of the advice, collated into the only new dating rules that you’ll ever need.

The first of the new dating rules is to stop checking your phone! Seriously. Technology has done modern daters no favours. Back in the good old days, you’d just have to guess whether he’d read your text. Now your phone can tell you not only that he’s read it, but the last time he used his phone and exactly where he is. That doesn’t help if you’re feeling a little neurotic, though. Don’t keep texting or calling if you don’t get a response. It’ll be hard, but you’ll seem much more interesting if you can control yourself! If worse comes to worst, try texting your friend instead.

First dates are usually nervous affairs, where everyone is trying to show their best side and snag a second date. Even second and third dates can be a little strange. Go into your relationship expecting it to evolve and change, and you’ll be much more able to deal with it. After all, it’s not just those first dates – things can adjust when the honeymoon period ends, when you move in together or just after a few years, too. Don’t be alarmed, and instead embrace the change.

Next time you’re about to ask someone out for a drink, stop yourself. Instead, invite them on a bike ride, or to a gallery show, or a local park. Think of something beautiful and fun, and head there. It’ll stop things from getting boring or stale, give you some amazing memories and you’ll be much more likely to have a good time. After all, everyone gets bored of those samey dinner/coffee/cinema dates…

You won’t be able to avoid arguments forever. It’s just not possible. You can argue smarter, though. Think about why you are arguing and stick to the point. Don’t attack the person or drag in other issues. You’ll just make it more dramatic and much harder to fix! Take a deep breath and deal with the matter at hand.

Don’t get so hooked on the dating game that you don’t consider if it’s the right move for you. Whether it’s the second date or the seventieth, periodically have a think about whether the relationship is making you happy. There’s no other reason to stay together – not because you don’t like being single, or because you’ll get lonely, or because you don’t think you could do better. Not even for financial reasons, or because of the children, if either of you have them. If it doesn’t make you happy, can it and find something that does.

We’ve all seen those nauseating updates. It could be someone posting a nauseating photograph, a cutesie in joke or even a veiled insult. Regardless, people pile in, and before you know it, there’s a full on relationship drama playing out in front of everyone. You aren’t in a soap opera – at least you’d be getting paid if you were! Keep your relationship away from social media. Nobody needs to know the inner workings apart from you.

When you start dating, you’ll do all sorts of cute things for each other. You might make his favourite meal when he works long hours, and he might iron your clothes or buy you chocolate when you’re not feeling well. Under the new dating rules, make sure you don’t lose those little things that give you both a warm fuzzy feeling. They are the things that keep you together, or let you fall apart.

8. Remember That Nobody Can Read Your Mind…

Not your parents, or your sisters, or your friends, or your partner. However much you love someone, you don’t share a brain. Communication is hugely important, and it’s destined to fail if you expect people to be able to tell how you are feeling or what you need. Ignore telepathy and learn to communicate. It’ll be so worth it.

This one is obvious, but it’s worth keeping in there. However unhappy you are, don’t be tempted to cheat. It’ll hurt the person that you’re with now, and it could hurt future relationships, too – after all, a leopard doesn’t change its spots. If you’re unhappy, finish the relationship and move on. If you’re not, resist temptation.

These new dating rules aren’t invalidating the old ones. I mean, surely nobody needs to be told that double standards aren’t acceptable or to prepare to compromise – these are things that you’ll already be doing with friends and family. So these new dating rules are designed specifically for romantic situations. Your next date = success! Share some of your favorite new dating techniques!