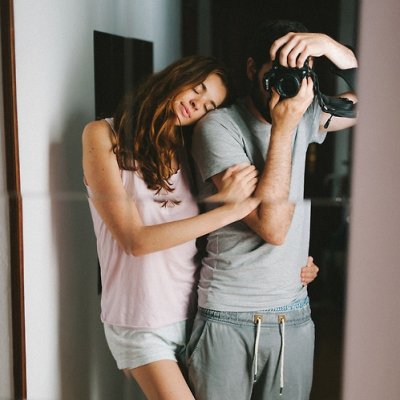 It takes time to get over splitting with your ex, even if he's the wrong guy for you. Eventually you'll look back and wonder what you ever saw in him, or realise that you no longer have any feelings for him. But for some time afterwards you'll miss him and certain things about him. This is what you'll miss about your ex …

1. His Nickname for You

Picking a nickname for your partner is one of those cute things that couples do, and your ex's name for you probably won't be used by anyone else. So you'll really miss hearing him saying it. It may be a little thing, but it's something you've got used to. But you'll have to let go of it; your next boyfriend will think up another fun little name for you.

2. Places You Went Together

You're also going to miss the places that meant something to both of you, such as the place where you met or where you went for your first date. You might not want to go back there for a while, because it will remind you of him. Or perhaps you're worried you might bump into him there. In time, though, the association will fade and you'll be able to go back there without feeling sad.

Sometimes you realise that you're going to miss his family more than you'll miss him (I certainly do!). You may have built up quite an attachment to his family, especially if you were with him for a long time. But you don't have to lose touch with them; if everyone behaves like adults, it's possible to remain friends with your ex's family.

4. The inside Jokes You Shared

Every couple has an inside joke that always makes them laugh, and nobody else finds funny. It's one of those 'couple things' that nobody else will understand, since it comes from the intimacy between you. Losing this inside joke makes you sad because it's one more sign that your relationship is over; it's a break with the past.

5. Your Plans for Your Future Together

One of the bigger losses that you feel is having to let go of the plans you made together. You may have intended to do fun things like travel together or go to a festival. Or you may have talked about long-term plans like buying a home together or starting a family. It's sad realising that these plans will never be accomplished now - at least, not with this particular guy.

6. How He Looked after You

Just because a guy isn't the right one for you doesn't mean that he's not a decent guy. Maybe he looked after you when you were sick or had too much to drink. Maybe he made an effort to cheer you up when you were feeling down. You're bound to miss being looked after, it's so sweet.

And then you're going to miss his unique qualities, the things that made him 'him.' You can love more than one person in your life, and probably will, but you love each one for a different reason. So when you split, they will leave a hole in your life, because that person can never be entirely replaced.

What do you miss most about your exes - and have you ever wondered why you dated them?