Not Every Boy Does These 17 Childish Things ... 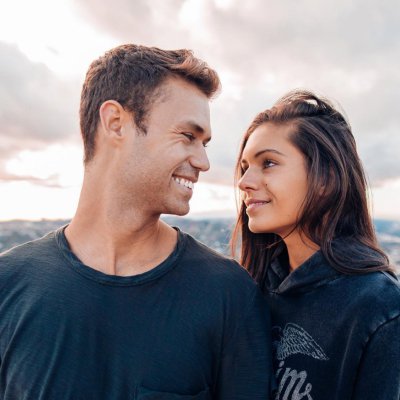 If you're single, it's probably because the majority of boys out there are childish. Of course, you shouldn't settle for someone immature. You'll find an actual adult eventually. Thankfully, not every boy does these childish things:

He shouldn't text you one day and ignore you the next day. It'll only confuse you, and you don't have time for deciphering his mixed signals.

Asking for nudes isn't a compliment. Telling you you're beautiful is a compliment. Instead of asking for your naked pictures, he should just be happy he's getting to talk to someone so wonderful.

Not every sexually active guy tells his buddies about what went down beneath the sheets. Some men actually like to keep their private life private.

There are plenty of men out there that actually want to be in a serious relationship. That's why you shouldn't waste your time with the boys that only want to use you for sex.

When you're older, farting shouldn't be all that funny. Don't worry, because there are boys out there that have a more mature sense of humor.

6 Expects His Mother to do Everything for Him

He shouldn't rely on his mother to do his laundry and make every meal. He should learn how to take care of himself, because once he moves out, his girlfriend isn't going to do everything his mother used to do.

Some men complain about every little thing. However, there are others that are thankful for what they do have, which is why they're always optimistic.

You shouldn't date someone who tries to make you jealous by flirting with other girls. You should date a guy who would never dream of hurting you.

Ghosting is when a guy drops out of your life without telling you why. A good man would never do that, so if it happens to you, he wasn't worth your time anyway.

10 Refuses to Text You First

https://media.giphy.com/media/ylyUQkGsUNoJLlVOyk/giphy.gif
Some men are afraid to text first, because they think it shows weakness. However, you should date a guy who won't mind initiating the conversation or even double texting you.

He needs to get a job, eventually. If he doesn't have any desire to work, then he's no good for you.

There's nothing wrong with a man who likes to have fun. However, if he chooses parties over date nights, then you don't need him.

You don't want to date someone who is overly competitive when it comes to sports, board games, and sex. Find someone who doesn't feel the need to compare themselves to others.

He shouldn't think that men are superior to women. He should treat you like an equal.

He doesn't have to stare at all the pretty women that pass by. The right guy for you would rather look into your eyes than at their breasts.

https://media.giphy.com/media/p02RVczf4LlkI/giphy.gif
Some men are happy sleeping with one woman and one woman only. If he's a player and ends up cheating on you, then tell him to hit the road.

There are a lot of liars in the world, but there are some genuinely good guys out there. Wait until you find one to start dating.

Not all boys act like children, so you should hold out for a man who actually acts like an adult. What's the most annoying, immature thing that a guy has ever done to you?