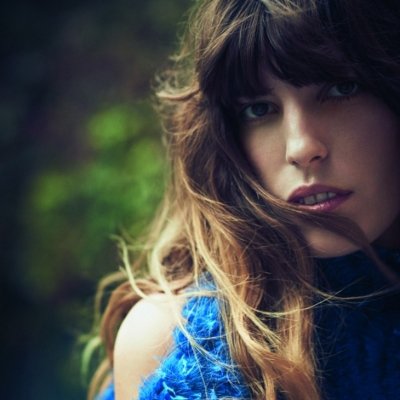 In most cases, this is probably one of the worst things a guy can say. He never really says it as a compliment. It always sounds like an insult. Not only does it feel like he's insulting your family, but he's telling you you're just as annoying as your parents. My response to this one is to tell him to spend some quality time with the parents so he won't make such bad comparisons next time.

Guys are free to check out whoever they want as long as it's not obvious. However, pointing out the girl they're ogling isn't a good idea. It's the same as saying he'd rather look at her than you. It's not about being insecure. It's the simple fact that you respect us enough not to point out that you think somebody else is hotter.

I hate this one more than anything. I like the way I dress. It's part of who I am and it reflects my personality. I'm glad he liked girls that left nothing to the imagination. That's why I'm not with that guy anymore. The only way a guy can get away with this one is if he says you would look so much better in that than the girl who's wearing it.

Being compared to an ex is horrible. It's only good if you're better than the ex. No girl wants to hear about how much better their guy's ex was at playing games, cooking dinner, playing sports or whatever. If the ex was so much better, then why isn't he with her? Usually this just ends up turning into a comparison of exes as you try to one-up him, which is never fun.

I'd actually rather hear the dreaded “You look fine” than “You're wearing that?” Not only does it make you feel like you can't dress yourself, but you suddenly doubt your looks. If a guy doesn't like what you're wearing, he could simply explain why instead of using the condescending question. If you're comfortable with what you wear, then it doesn't really matter what he thinks.

This one can be phrased any number of ways, but it still makes you feel insecure about your weight. Believe it or not, guys usually mean this as a compliment. Eating a lot is a big accomplishment for guys, so they're amazed when their girl does it. However, it never sounds like a compliment and usually just makes you mad.

7. Relax or Calm down

I hate hearing this when I'm angry or upset. It's like saying I'm being irrational or that nothing's really wrong. Guys go way overboard when they get emotional, so why can't we? If I want to yell, cry or throw the nearest pillow, I should be able to. If you're like me, you'll relax when you feel like it.

While a guy might just want some support in losing weight, suggesting a couple's diet just makes it seem like they think you need to lose weight. There are much better ways to say this one. For instance, he could say he really wants to drop some pounds, but needs someone to keep him motivated. None of us really want to hear that we need to lose weight.

This one is just kind of creepy. I've heard guys say this and I cringe every time. You don't want to be compared to his mom. Besides, it's not exactly romantic to know he thinks of you as a mother instead of a significant other. It's even worse if he tells you that you look like his mom.

At no point is this a good thing to say. I hate it when a guy blames my moods on that time of the month. Guys and girls get moody, but it doesn't mean anyone's having a period. It could just be a bad day or something someone said. I actually had one guy say this one to me and he meant it seriously. Let's just say he never asked again.

We've probably all heard this one. It's the guy way of trying to guilt trip us into doing something. If the guy really loved you, he wouldn't even think about saying this. It's disrespectful and has nothing to do with love. The best response to this one is simply to say you don't really love him after all. At the very least, he'll be shocked enough to forget all about his request.

Any insults to your family are just wrong, especially early on in the relationship. You're free to say whatever you want about them. However, he doesn't know them like you do. Making fun of your siblings, parents, cousins, etc. just makes you angry. He may just be taking his cues from you, but it's still not right. Let him know how you feel and he'll stop.

13. Looks Aren't Important to Me

I understand this is supposed to be a compliment of some sort, but all I hear is how bad I look. Usually, this one means he likes your mind and personality instead of just your looks. However, it really does sound like he doesn't think you're physically attractive. Try not to be too offended, but explain why that comment doesn't sit well with you.

Guys don't always think about what they say and the result is a very angry girlfriend or wife. It's up to us to explain why these things should never be said. Maybe we can eventually erase all of these. What are some of the worst things your guy has said to you?