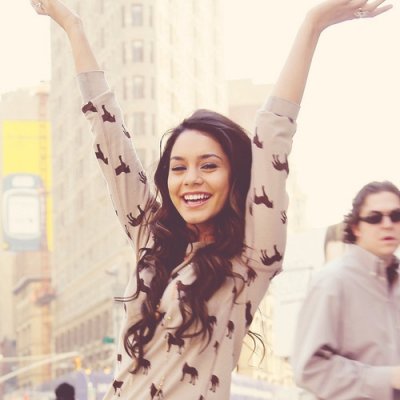 Maybe you're preparing to move into a dorm once the summer is over. Maybe you're about to relocate into a brand new home. Whatever your situation is, leaving your parents to live in an apartment is a big deal. Of course, you're perfectly capable of surviving on your own, and here's proof:

When you first left your parents to attend kindergarten or preschool, you were probably terrified. However, you were able to handle a few hours without them. When you reached middle school and high school, you were able to spend even more time without your parents, because you needed to go to classes, your part-time job, and your friends' house. Little by little, you've been separating from your parents. Living without them seems scary, but you'll get used to it, just like you got used to attending school and every other step you've taken in life without them by your side.

2. You Know More than You Realize

Right now, you might rely on your parents to cook you dinner and do your laundry. However, when you're on your own, you'll be forced to do those things on your own. Although they sound difficult, you'll realize that they're super easy to do once you actually do them. You know more than you realize, so it won't be all that difficult for you to figure out how to live on your own.

3. You Won't Actually Be Alone

There are millions of people who have managed to survive on their own, so you can, too! Think about it: don't you have a childish cousin or sibling that you thought would have trouble living without their parents, but they ended up doing perfectly well? If they can do it, so can you.

Whenever you try something new, it's scary. Think about your first day at work or your first day of school. You probably hated it, but then got used to it eventually. The same thing will happen when you move out of your childhood home. After the initial shock of being in a new place, you'll adjust.

It doesn't matter if you've lived with a large group of people your entire life, because at the end of the day you were alone. You're an independent person who has their own thoughts and is in charge of their own actions. Living on your own might make you feel lonelier than usual, but nothing is really changing, because you're still in charge of your own life just like you always were.

7. You've Made It through Worse Things

Think about all of the scary things that you've done in your life. You've completed tests that you were terrified of taking. You've went on job interviews that have made you shake with fear. You've done plenty of things that were worthy of fright, but you've gotten through each and every one of them, and you'll get through this, too.

Living on your own will feel scary at first, but it's something you'll get used to after a few months. Have you ever lived on your own? What's the hardest part?