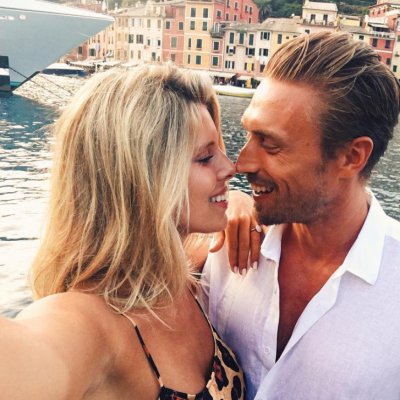 Even the cutest couples have secrets. They might not mean to keep certain things from one another, but if the topic never comes up in conversation, the secret is never passed down. However, there are a few key things that you should definitely know about the person you're dating. Here are a few of the questions that you should be able to answer about your boyfriend if you're in a serious relationship:

It doesn't matter if you can name his favorite type of salad dressing or what vegetables he refuses to touch. The most important thing to know is what he's allergic to. You don't want to bring him a gift basket of candy with Reeses inside, only to find out that he's allergic to peanut butter.

2. What Are His Little Quirks?

When you spend a lot of time together, you'll pick up on each others quirks. In fact, you've probably started to do a few of the little things that he does, even if you don't realize it. While his casual friends probably don't know that he bites his nails when he's thinking, you know exactly what the movement means.

3. What's His Favorite Time of Day to Hang out?

The answer to this question should be obvious. When does your boyfriend seem the most awake? When does he always ask to see you? If he's an early bird and you're a night owl, it could end up being a problem. It's best to figure out the little things like this now before the relationship gets even more serious.

4. How Long Does He Spend on Certain Activities?

If you're a hard worker who hates to nap, but he sleeps the whole day asleep, then you won't be happy with him once you live together. That's why you should know how long he typically sleeps for, how long he does chores for, and how long he works for.

5. How Close is He with His Family?

If your boyfriend lives with his parents, you should know if they eat dinner together every single night or if they rarely talk, even when they're in the same room. If he's no longer living with them, you should know how often he calls his parents and how long they spend on the phone.

6. Who Are His Closest Friends?

If you're serious about your boyfriend, you should know the names of all his closest friends. In fact, you probably should've met them and hung out with them. His friends are an important part of his life, which means that they're now an important part of your life as well.

7. What Does His Perfect Life Consist of?

This is the most important thing to know about your partner. The life that he has right now probably isn't his ideal life, so you should figure out what he wishes would change. What's his dream job? Where does he want to live? Does he want any pets? If he knows the answers to all of those questions, then you should, too.