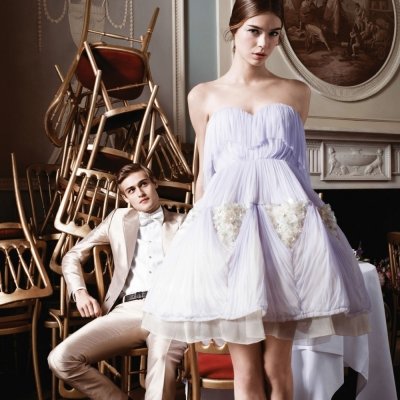 Are you uncertain about changing your name after marriage? An increasing number of women are keeping their maiden name when they get married. Many are very clear about wanting to keep their own identity; they won't automatically take on their husband's name. But what if you're undecided? Here are some tips to help you decide if you should be changing your name after marriage...

Changing your name after marriage could be the right choice if you want to have the same name as your children. It can be convenient for everyone to have the same name, and also make you feel like a unit. Personally I think the Spanish have the best compromise - women retain their name, and children have the surnames of both father and mother.

2. You Prefer Your Partner's Name

Do you hate your surname? Marriage can be a good opportunity to rid yourself of your surname if you don't like it. Or do you think your partner's surname goes better with your first name? Then change it to get a name you like better!

Changing your name could also be seen as a loving gesture towards your new husband. It's showing that you want to be part of him and his life. Of course, it's not the only way of showing that, but it's a very visible way, and one that can make you feel even closer.

If you like traditions, then changing your name may be for you. It may seem like the right thing to do, and many people love traditions. However, equally the fact that it's tradition may put you off; many women feel that this custom has no place in a modern world.

If you have any feminist views, then the notion of changing your name will be contradictory to the idea of women's rights. It can seem very patriarchal, reinforcing the historical idea that a women was her father's property until she married, when she became her husband's property. That doesn't seem to have much to do with the 21st century, does it?

As any woman who's changed her name when she got married knows, there's a lot of forms to fill in. There's your passport, drivers' licence, medical records, social security … everything down to your library card. This will take a lot of time (and maybe money). If you dislike bureaucracy, it's very tempting to leave things be and keep your own name.

Finally, you may feel that changing your name would be losing your identity. Apart from the issue of it being unfair that it's always the woman who changes her name, you've had that name for 25, 30 years or more. Do you really want to become someone else?

If you decide to take on your husband's name, you have every right to do so. Equally, keeping your own name is perfectly reasonable and you shouldn't be pressured into changing it because 'that's what you're supposed to do'. Ultimately it is your decision. Your husband could even change his name to yours! That might be unusual, but in this modern world it's more than reasonable to expect the same consideration. Would you change your name on marriage, or keep your own?