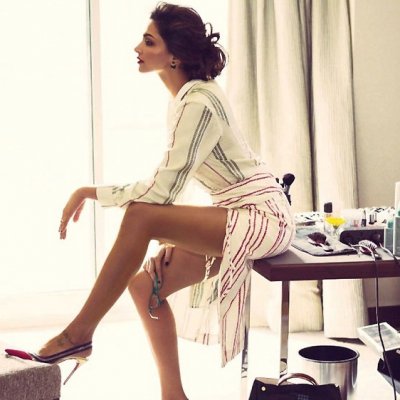 If you're currently in a relationship but you're having doubts about whether you will go the distance then there might be some questions you could ask about your relationship and your compatibility. Relationships are hard work and when we get past the exciting stage of butterflies in the tummy and sparks in the bedroom, we need to be left with a little more. Here are some reasons he might not be the one for you.

Relationships are about compromise and sometimes, sacrifice. But maybe you're both at different stages in your life. Maybe one of you has a stable job whilst the other is studying and not entirely sure where they will be once they have finished their training or studying. Being in different places in life doesn't necessarily mean you're at the end of your relationship but you may want to consider whether you have come to a fork in the relationship road and you're going in different directions.

2 Different Attitudes towards the Future

Money's too tight to mention and ain't nothin going on but the rent. They're lyrics that many of us are familiar with. It's true that many couples fight about money. If your partner is a spendthrift and is irresponsible with money, it might mean that you're not compatible. If he's spending money needlessly on material things rather than saving for your future together maybe he's just not the one for you.

This is something that occurs all too often but when you live in the shadow of an ex it can be difficult to move on with your relationship. Maybe your partner is not over their ex. If this is the case, you should seriously consider whether they are the one for you.

It's true that opposites attract but sometimes, like attracts like. Whilst you might initially be attracted to someone who is oh so different to you and takes you places you have never been before, think carefully about long-term compatibility. The initial excitement might give way to the realisation that you're just too different for a future together.

6 Incompatible in the Bedroom

This is a little controversial and of course, sex isn't everything in a relationship. It's important but it's not everything. The physical side of the relationship is something that sometimes, with some gentle nudging in the right direction, can remedy itself. However, sometimes no amount of nudging is going to lead to satisfaction. Remember how Carrie Bradshaw felt when her and Berger just didn't have it going on in the bedroom? I know she was a fictional character but sometimes in life, you need to find the right burger!

Another reason he might not be the one for you is the amount of emotional baggage he has. Of course, it doesn't mean that you can't go out with someone who has had a difficult past but it can drain a relationship when there is a lot of baggage to contend with. If there are children and an ex wife with a bitter custody battle thrown in for good measure, think about whether you want to take on that emotional turmoil.

These are just some of the reasons he might not be the one for you. Can you think of any more reasons?