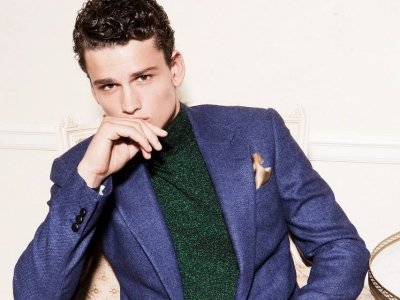 One of the most accepted reasons the world ends when a man feels sick is that sometimes it's a barrel of fun. A few days in bed with a sympathetic lover or spouse is ideal for a man, especially if that man has to spend most of his time doing a job he hates.

2. He Gets a Break from Being the Protector

Roles are forgotten when a man is sick. He is no longer expected to be the traditional head of the house, the protector or even the main breadwinner. In essence he gets a break from his own gender role. It is hardly surprising that some men like this break and try to make it last a little longer than it should by making sickness appear worse than it is.

3. Attention from His Lover is Always Nice

It is nice to have someone care for you, to show that they care and for them to act it out physically. If a female partner does not give sufficient attention when a man is ill then he may feel so neglected that he starts looking elsewhere. Obviously, women should not let him manipulate them so that they are always having to look after him.

4. Men do Not Get Sick Every Four Weeks

Some women fall ill every four weeks whether they want to or not, and it does help her build up quite a bit of resistance to discomfort and illness. When a man feels sick then it may only happen four times per year, so it is obviously a shock to the system.

This is one of the biological reasons “why men are 'sicker' than women,” even when both are stricken with the same illness. Men are built differently to women, which is why they do not live as long and why men and women also suffer more from separate ailments. When a man is struck down with illness it often appears quickly, like a train hitting a wall. A woman will tend to become ill slowly, and will often go to work and get worse and worse before finally admitting she is ill. By the time the woman admits she feels out of sorts she is already a third of the way through the illness.

Another of the reasons the world ends when a man feels sick is because of a refusal or tendency to not visit the doc. This leads to prolonged illnesses and complaints that will eventually start to affect the man’s attitude. More men are apprehensive about the dentist than women because they simply do not want to be put in such a vulnerable position with someone they do not trust. In biological terms it is the same as lying down and showing your neck as the mountain lion approaches.

A man has a headache for three days and his mood becomes gritty and horrible, even though a woman will go through this and simply refuse sex a little and not want to go clubbing. People wonder how men in the armed services are then able to have their legs blown off and crawl over the barbed wire to get back to base for a cigar. This is because biologically men are built to take on pain; it is a biological factor to help him fight and kill his prey and competitors. He is not built for illness, and even though it is a generalization, it seems that women are more built for illness and discomfort. It may explain how they are able to cope with being with child for nine months. Ironically, it means that men would happily take on the child birth procedure, but would hang themselves before carrying the baby for nine months.

There may be a little tongue in cheek stuff here, but you should be able to see through that and see that there are actually some reasons the world ends when a man feels sick that have some validity. I think, however, the debate will rage on. Who handles pain better? Who is better at handling being sick? Over to you guys!